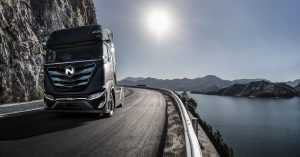 The Biden administration has confirmed that the trucking industry will be included in its electric vehicle (EV) expansion strategy and will be eligible for federal grants.

A new guidance document released in April by U.S. Department of Transportation’s (DOT) Federal Highway Administration (FHWA) outlines existing formula and discretionary grant programs through which funding will flow for EV charging infrastructure, and which of those grants will be made available for trucking-sector funding.

The FHWA funding mechanisms support the Biden administration’s goal of allocating $15 billion to install a national network of 500,000 new electric vehicle EV chargers throughout the U.S. by 2030.

“Through a combination of grant and incentive programs for state and local governments and the private sector, it will support a transformational acceleration in deployment of a mix of chargers in apartment buildings, in public parking, throughout communities, and as a robust fast charging network along our nation’s roadways,” according to the White House. 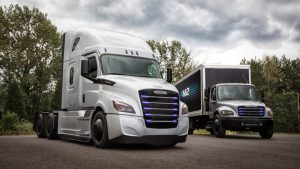 “The FHWA strongly encourages transportation partners in states, tribes, territories, metropolitan planning organizations, and federal land management agencies both to use existing DOT funding and finance programs to build out EV charging, as well as to use these programs to leverage private sector investment in such a national EV charging network,” the agency stated. 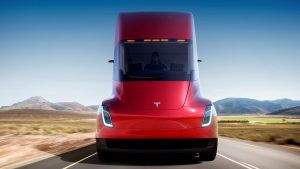 The cumulative designations through the five rounds for all fuel types (electric, hydrogen, propane, natural gas) include 134 interstates and 125 U.S. highways and state roads covering 166,000 miles in 49 states and Washington. Of that total, FHWA has designated EV corridors on about 59,000 miles of national highways in 48 states and Washington. South Dakota and Mississippi are the only two states without an EV corridor designation, according to the agency.

The transportation sector, and EV in particular, will feel pressure from the new goal because of the industry’s significant contribution to GHG emissions, according to Fred Wagner, former chief counsel at FHWA and now with the law firm Venable.

“It is impossible to get to that kind of goal without advancing the electrification of the transportation industry, and you can’t electrify the transportation sector without having the EV infrastructure associated with it,” Wagner said. “That goes for passenger cars as well as changing the mix of diesel-powered vehicles versus electric vehicles in the trucking industry.”