It seems like much of the talk in the trucking industry today surrounds electric vehicles. But even locations with stringent environmental sustainability goals are only calling for 30 percent of new medium and heavy-duty vehicle sales to be zero-emissions by 2030, and predictions are for just 48 percent of the new commercial truck sales to comprise battery-electric vehicles by 2050. 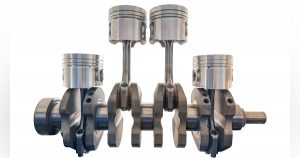 That still leaves a lot of diesel-powered vehicles on the road.

Therefore, it is important that those vehicles be as clean as possible and align with a growing trend toward reducing tailpipe emissions and having a more sustainable movement of payloads.

The good news is that cylinder deactivation (CDA) technology can help truck manufacturers meet clean-air regulations. CDA was first presented in September 2018 as a way to reduce tailpipe emissions in 4.5 to 16-liter displacement engines.

CDA works by strategically disabling engine valves in cylinders. Under full load, all cylinders need to be working, but under low-load conditions, the needed power can be generated with fewer cylinders. In essence, CDA manages the valve train by keeping the exhaust and intake valves on certain cylinders closed.

There is no set number of cylinders that need to be deactivated. Depending on conditions, as many cylinders as needed can be deactivated at times of low-level torque demand, including idle times. 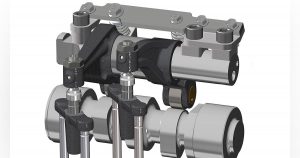 Truck Makers Turning To Cylinder Deactivation – “CDA improves fuel economy by increasing the load on the cylinders that are operating. When the load on the activated cylinders is increased, combustion is more efficient.”

CDA improves fuel economy by increasing the load on the cylinders that are operating. When the load on the activated cylinders is increased, combustion is more efficient. Fuel economy is also improved incrementally because of reduced camshaft friction, reduced pumping losses in partially loaded conditions, and reduced or eliminated use of the intake throttle.

In addition to improving fuel economy, CDA also raises exhaust and therefore after-treatment temperatures that both lower nitrogen oxide (NOx) emissions and improves fuel economy at low loads. Because of its ability to reduce NOx, CDA will be instrumental in meeting 2024 and 2027 Environmental Protection Agency and California Air Resource Board emissions standards.

The higher exhaust temperatures also improve emissions because it allows after-treatment system temperatures to rise quicker and consequently to be maintained at a higher level when the engine is operating under low-load conditions. CDA minimizes the cooling-down of the after-treatment system during coasting because less air is pumped through the engines while cylinders are deactivated. 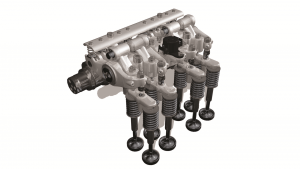 Truck Makers Turning To Cylinder Deactivation – “Tests of CDA have shown that at the lowest engine loads and with three of six cylinders deactivated, fuel economy improves by up to 20 percent”

Tests of CDA have shown that at the lowest engine loads and with three of six cylinders deactivated, fuel economy improves by up to 20 percent. CDA may also reduce the frequency and duration of active DPF regeneration events.

While CDA, being an “in-block” technology, can add a small number of costs to the engine production, that cost can be mitigated by reducing the size and complexity of the after-treatment system or eliminating the need for other technology that reduces emissions. Because CDA ultimately reduces fuel consumption and requires less maintenance than other external solutions designed to raise after-treatment temperatures, it will result in a lower total cost of ownership.

CDA is being evaluated by equipment manufacturers in the U.S., Europe, China, Korea, Japan and India. There are 16 different CDA development programs occurring on engines with displacements from 2 to 15 liters. Given the rapid pace of these developments, it is obvious that it won’t be long before CDA will be reducing emissions in a wide range of diesel-powered vehicles.