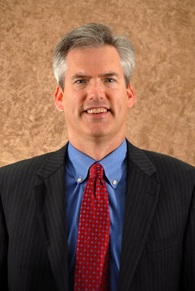 Peter Armbruster, Roadrunner former CFO gets 2-years in prison for his role in an accounting fraud scheme

A former chief financial officer (CFO) of Roadrunner Transportation Inc. has been sentenced to two years in prison for his role in an complex securities and accounting fraud scheme that led the company to restate its earnings and caused the company’s shares to plummet from more than $11 in the spring of 2016 to below 50 cents in early 2019.

A Wisconsin jury in July convicted Peter Armbruster, 62, of four counts of violating federal securities laws, including misleading a public company’s auditors, securities fraud, and keeping false books and records. The U.S. Securities and Exchange Commission had charged Armbruster and two former controllers of Roadrunner’s truckload division with hiding or misallocating expenses and creating an income cushion for the company to access in the future as well as overstating receivables and not writing off millions of dollars in overvalued assets.

The former controllers were found not guilty of all charges against them.

Former CFO Gets 2-Years in Prison – Roadrunner’s leaders have since late 2019 sold off seven divisions to a number of buyers and today service only the less-than-truckload market.

After the scheme was discovered and investigated, Roadrunner was forced to restate its results for the third quarter of 2016. After combing through its books, the company’s new executive team (which took over in the spring of 2017) eventually had to book

$374 million in impairment charges across three business units for 2016.

Then headquartered in Wisconsin and now based in Illinois, Roadrunner’s leaders have since late 2019 sold off seven divisions to a number of buyers and today service only the less-than-truckload market. The company has about 1,000 drivers in its fleet, and the market capitalization of its thinly traded shares now listed on the Pink Sheets is about $80 million, down from about $450 million five years ago. The company early this year raised $50 million via a private placement to pursue its LTL growth plans.

“This sentence reflects the serious harm an executive caused by deliberately misleading shareholders, auditors, and the general public about the financial health of a publicly traded company,” Assistant Attorney General Kenneth Polite Jr. of the U.S. Department of Justice’s Criminal Division, said in a statement. “People deserve better from corporate management. The Criminal Division remains committed to fighting white-collar crime, protecting investors, and safeguarding the integrity of our markets from C-suite executives who commit accounting and securities fraud.”

“Peter Armbruster failed to honestly perform his corporate duties, costing investors tens of millions of dollars in losses,” said Acting Assistant Director Jay Greenberg of the FBI’s Criminal Investigative Division. “Corporate fraud remains a top priority for the FBI, as stamping out illegal activity like this scheme is essential to preserving confidence in our collective ability to invest for a brighter tomorrow. This sentencing shows that the FBI and our law enforcement partners vigilantly protect American investors from corporate fraud while holding accountable those who undermine our way of life.”

“This sentencing sends a strong message that those who commit transportation-related financial fraud will be held accountable,” said Special Agent in Charge Andrea M. Kropf of the Department of Transportation Office of Inspector General, Midwestern Region. “Together with our law enforcement and prosecutorial partners, we will continue to identify, investigate, and pursue those who perpetrate complex criminal schemes for profit.”

The FBI’s Milwaukee Division and the Department of Transportation’s Office of Inspector General are investigating the case.

Contents hide
I Roadrunner Former CFO Gets 2-Years in Prison for Accounting Fraud Scheme
I.I The former controllers were found not guilty of all charges against them.
I.I.I $374 million in impairment charges across three business units for 2016.
I.I.II Statements from DOJ
Tank Transport Trader