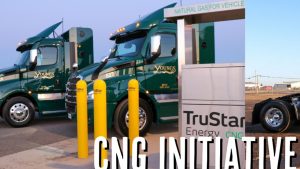 These ultra-low-emissions trucks are fueled at stations built, owned and operated by Opal Fuels across the San Joaquin Valley. The RNG will be delivered via SoCalGas’ pipeline network.

YCT has 80 natural gas trucks and planned to increase that to 110. The company hopes to convert 75% of YCT’s fleet to RNG by the end of 2023. The trucks will be equipped with Cummins Westport 12L engines and automatic transmissions and have a driving range of up to 600 miles.

What is RNG and what does it mean for California?

RNG is not a fossil fuel, but a lower-carbon fuel (LCF) that is produced by capturing methane emissions from organic waste, including landfill sites and dairy farms. When used in transportation in place of diesel fuel, RNG can provide significant annual operating cost savings (with LCF credits) and help reduce the carbon footprint of heavy duty fleets.

In California, RNG used as transportation fuel has increased 177% over the last five years. In 2020 alone, 1.83 million tons of carbon dioxide equivalent (CO2e) was displaced, as reported by the Coalition for Renewable Natural Gas.

Additional RNG refueling stations that use SoCalGas’ pipeline network have come online in the central San Joaquin Valley within the last 18 months. The development of these stations has provided critical alternatives in the refueling network along the heavily traveled Highway 99.

In California, transportation accounts for more than 41% of greenhouse gas emissions and 80% of smog-forming pollution in the state, with heavy-duty trucks among the largest polluters, according to California Air Resources Board data.

“RNG is rapidly becoming mainstream in the San Joaquin Valley, and it’s being adopted by organizations of all sizes,” said Gillian Wright, senior vice president and chief customer officer at SoCalGas. “California companies like YCT working towards carbon neutrality will help accelerate the state’s climate goals.’’ 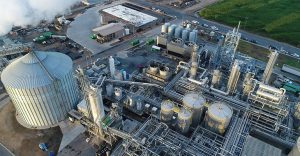 California Decarbonizing Heavy Trucks – As part of its efforts to reach its goal of net zero emissions by 2045, SoCalGas is focused on solutions to help reduce emissions in hard-to-abate sectors, including heavy-duty transportation.

As part of its efforts to reach its goal of net zero emissions by 2045, SoCalGas is focused on solutions to help reduce emissions in hard-to-abate sectors, including heavy-duty transportation. Clean fuels such as RNG and hydrogen are important components of any solution to decarbonize hard-to-electrify parts of the California economy, according to the utility. A new economy-wide technical analysis, released by SoCalGas, describes how repurposing existing gas infrastructure to deliver clean fuels, such as RNG, and manage carbon can help the state reach carbon neutrality more affordably and with less risk than other pathways.

Contents hide
I California decarbonizing heavy trucks
I.I YCT is transitioning its own fleet of heavy-duty trucks to operate on RNG to help decarbonize California
I.II What is RNG and what does it mean for California?
I.III Zero emmissions by 2045