It’s no secret the supply chain has been backed up, bottlenecked, scrambled, and … (insert your own word here.) Freight carriers of all kinds have had their work cut out for them since COVID-19 upended supply and demand. 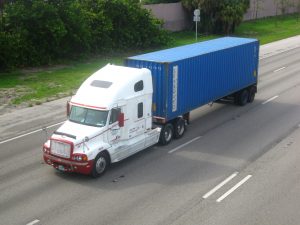 … rail and trucking companies are coming together to find efficiencies, increase capacity and get freight moving.

Yet rail and trucking companies are coming together to find efficiencies, increase capacity and get freight moving.

One railroad even rolled out a pilot program in Chicago to incentivize truck drivers to chuck away at the congestion faster.

Norfolk Southern’s Dual Mission Reward program offered drayage truck drivers a $200 incentive each time they haul in and depart with a shipping container in the same trip. At the end of 2021, Norfolk Southern said truckers delivering an international container to a terminal left empty about 85% of the time. The railroad hopes to fix that.

At the Landers Intermodal Facility in Chicago alone, Norfolk Southern calculates the initiative has the potential to eliminate roughly 46,000 truck trips. 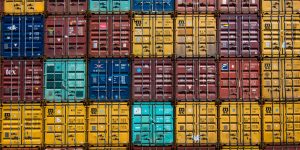 Some of the country’s largest fleets are growing their intermodal partnerships and working to improve efficiency, but not soon enough…

Some of the country’s largest fleets are growing their intermodal partnerships and working to improve efficiency, but not soon enough to deal with current intermodal congestion. In mid-April, BNSF Railway was struggling to provide consistent service in the flow of containers between Los Angeles and Chicago, according to published reports. J.B. Hunt saw demand for truckload services skyrocket in the first quarter after challenges with rail velocity restricted intermodal operations.

In the longer term, J.B. Hunt plans to grow its intermodal fleet to as many as 150,000 containers in the next three to five years, a more than 40% increase from its count at the end of 2021. The company has completed more than 4 million intermodal loads since 2020.

To accommodate the growing demand for intermodal services, J.B. Hunt and one of the nation’s largest railroads, BNSF Railway, plan to launch a joint effort to improve capacity. 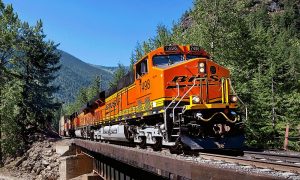 J.B. Hunt and one of the nation’s largest railroads, BNSF Railway, plan to launch a joint effort to improve capacity.

BNSF will provide several property locations around key intermodal hubs in Southern California, Chicago, and other markets to increase efficiency at terminals. In addition to growing its container count, J.B. Hunt will add supporting chassis based on market need.

BNSF will also bolster its railcar equipment to accommodate the anticipated increase in container capacity, which will support efficient throughput and strong service performance.

Back in 1989, J.B. Hunt and BNSF disrupted the transportation industry by developing a double-stack shipping solution that would complement both rail and trucking services, a first for modern transportation. Today, J.B. Hunt operates the largest company-owned intermodal fleet in North America with more than 109,000 53-foot containers supported by company-owned chassis and tractors.

Beginning in 2023, Schneider will also expand its intermodal service by moving its primary western rail partnership from BNSF to Union Pacific, another one of the largest railroads in the U.S.

Once the partnership commences, Schneider officials said, the company will have the largest company-driver dray fleet of any intermodal carrier hauling freight on Union Pacific and be the first carrier with both company-owned containers and chassis.

With the combination of Schneider’s eastern rail partnership with CSX, the transition will create more direct transcontinental connections for the company’s customers, Schneider officials said.

“Having a differentiated rail network is a key component to our intermodal growth strategy and our goal to reduce carbon emissions,” said Mark Rourke, Schneider’s president and chief executive.

Schneider plans to double its intermodal size (currently more than 25,000 containers) by 2030.