One of the hallmarks of the pandemic as it relates to trucking has been the unprecedented growth in the number of new, mostly small, for-hire trucking companies. 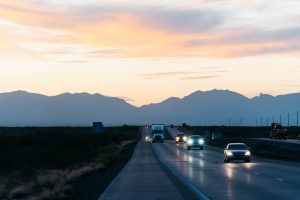 Since July 2020, the FMCSA has authorized just under 186,000 new trucking operations.

Since July 2020, the Federal Motor Carrier Safety Administration (FMCSA) has authorized just under 186,000 new trucking operations. To put that into perspective, the strongest 22 months of carrier growth prior to the pandemic, March 2018 through December 2019, saw fewer than 82,000 new carriers.

The number of new carriers approved each month remains far above pre-pandemic levels, but it is starting to slow after March’s record. However, another notable trend is that the number of net revocations of operating authority — total revocations adjusted for re-instatements of authority — have been running at elevated levels since November and reached an all-time high in March, according to FTR’s analysis of FMCSA data.

It is normal to expect some inflation of net revocations solely because the number of new carriers has been so extraordinarily high for so long, although roughly 85% of the carriers approved over the past 22 months still hold authority. However, the step-up in net revocations last fall seems notable.

The unprecedented surges in diesel prices in early March and then again in early May have perhaps reset the scale for what constitutes rising fuel prices. Before March, fleets would have considered the price increases from late August through February to have been substantial, so the acceleration in revocations might very well have been linked to higher costs. Most of the new carriers probably are operating in the spot market, where they likely have limited ability to obtain fuel surcharges. 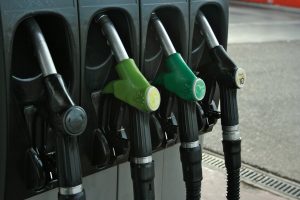 The unprecedented surges in diesel prices in early March and then again in early May have perhaps reset the scale for what constitutes rising fuel prices.

March’s surge in diesel prices presumably was much more damaging to small carriers than the steady gains in prior months, especially considering that spot rates in dry van and refrigerated also had been falling. However, revocations data available through April would not show this impact.

Revocations occur principally because the carrier no longer has insurance, usually for non-payment of the premium, but the trucking company has a 30-day grace period once FMCSA issues a revocation notice. Moreover, if the trucking company has a multi-month insurance premium, which is common, it might not lose insurance for several months after it stops operating. Given that spot rates in the van segments still are not offsetting the gain in fuel costs, one can presume that the number of failures is rising, but it might take a few months to confirm that with data, analysts said. 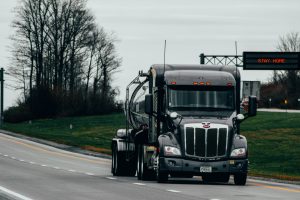 A surge in failures probably would have little effect on overall trucking capacity, according to industry observers.

A surge in failures probably would have little effect on overall trucking capacity, according to industry observers. Most of these carriers’ drivers probably will stay in the industry and simply move to larger carriers, either as leased owner-operators or company drivers. Rather than loss of capacity, the industry might consider this more as a shift of capacity from spot to contract, analysts said.