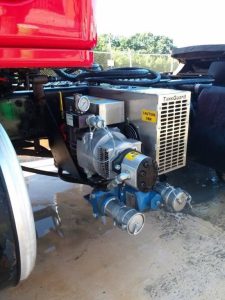 In January of 2020, Polar launched the Polar Pac and in November of this year, the company expects to deliver its 1,000th unit.

Turns out some people really can invent a better mousetrap. Like the folks at Houston, Texas-based PSC, where four years ago President Jerry Cignarella began playing around with the idea of creating a more versatile and easier-to-use pump system.

Seeking some additional brainpower, Cignarella enlisted the assistance of Air Power Service Co. (APSCO) of Tulsa, Oklahoma. APSCO specializes in hydraulics. By 2020, the new product, dubbed Polar Pac, was ready for market. But so was Covid.

“Despite the pandemic we began to get traction with the product from the beginning,’’ said Mathew Buckley, PSC’s sales manager of strategic products. Mathew is based in Mims, Fla. “In fact, we were hard-pressed to build as many units as customers wanted.’’

In January of 2020, Polar launched the Polar Pac and in November of this year, the company expects to deliver its 1,000th unit.

Polar Pac is designed to provide greater efficiencies for those who do a lot of unloading of multiple liquid products. Among its key selling points is that the system is not inside a box, which eliminates the need to disassemble the housing for maintenance.

Polar Pac is engineered to mount to the frame rail of a truck with no drilling required. It needs only 20 inches of space. It has a modular design with reservoir and cooler and is not difficult to install, Buckley said. It can be configured with an oil-free vane compressor, piston compressor, or 3”Ranger gear pump, 3” Blackmer vane pump, S.S. chemical or food grade pump. 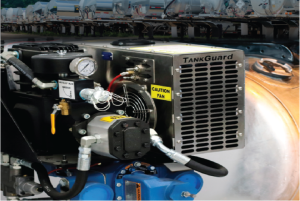 The system is sold as part of a package that includes PTO and pumps. Weighing 475 pounds, Polar Pac can be installed at any Polar service center in less than a day.

The system is plate-mounted and accommodates six different types of pumps and compressors, although not at once. It offers a 20 GPM hydraulic oil cooler with integrated manifold block construction, reducing hoses and potential for oil leaks.

The system is sold as part of a package that includes PTO and pumps. Weighing 475 pounds, Polar Pac can be installed at any Polar service center in less than a day, Buckley said.

“We recognized the need to provide our customer with an engineered solution that produces best-in-class unload times with the smallest footprint available in this space,’’ Cignarella said. “We are excited to deliver our 1,000th unit and want to thank all of our customers who have chosen Polar Pac.’’

Now with Quala as a partner, the company’s overall footprint has been expanded for tank washing, maintenance and parts sales to the broader customer base.

Today it won’t be hard to find a service center to install Polar Pac. The company was recently purchased by Tampa, Fla.-based Quala, which greatly increases the number of service locations. Even before the acquisition, Polar Service Centers was the nation’s largest network of commercial parts and repair facilities dedicated to the tank-trailer and tank-truck industry.

Now with Quala as a partner, the company’s overall footprint has been expanded for tank washing, maintenance and parts sales to the broader customer base.

Together the two companies now operate a network of 126 locations across North America.

“The Quala and PSC teams are actively working to integrate the two organizations and bring together industry leading operational processes, safety practices and environmental stewardship. Customers will be able to interact with a single provider for their fleet for cleaning, repair, maintenance, and inspections thus improving utilization and fleet performance,’’ company officials said.

“Completing this transaction represents a significant investment in the future of the combined organization,” said Scott Harrison, Quala’s chief executive. “Our customers will soon see the benefits of an expanded service provider supporting this vital industry.”

Cignarella added that “the combination of Quala and PSC will allow our teams to work closely to deliver industry leading services to all of our customers. We are excited about the opportunity to drive operational efficiency across all aspects of the business and identify new service areas for our customers.”

Quala is the largest independent provider of comprehensive cleaning, test and repair services for tank trailers, ISO containers, IBCs, and rail cars. Founded in 1986, the company began independent operations in 2009 and today has more than 85 locations servicing the most active bulk transportation routes and eight of North America’s busiest ports, the company said. The company is owned by the private equity firm Advent International. 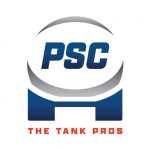 PSC is the nation’s largest network of commercial parts and repair facilities dedicated to the tank-trailer and tank-truck industry.

PSC is the nation’s largest network of commercial parts and repair facilities dedicated to the tank-trailer and tank-truck industry. Founded in 1995, the company began operations in seven facilities across the U.S and today operates more than 60 locations servicing the entire country along key transportation routes.

By 2004, PSC had grown to 12 branches. Over the next six years, it introduced express shops to the tank industry. These small service facilities were strategically located in areas with a lot of tank-truck traffic. In 2011 and 2012, the company added locations in Killdeer, N.D. and Cherry Hill, N.J.

In 2013, PSC acquired Beall, a well-known West Coast network of service and parts facilities, and in 2018 the company added Heil Tank Service in Louisville, Ky. Expansion continued in 2019 with new facilities in Odessa, Texas and Griffin, Ga.

Meanwhile, PSC is hustling to turn out as many Polar Pac units as the market is requesting.

Despite the nation’s supply chain interruptions, PSC has not had a lot of trouble finding the material needed.

“We are having to wait on some products, but not for very long,’’ Buckley said.

As for the future, PSC will to continue to listen closely to customers and, to the extent possible, develop more products that improve their efficiencies.

“In terms of industry acceptance, Polar Pac has exceeded our expectations,’’ Buckley said. “ We created a bit of a monster, but a very pleasant monster — one that is helping a lot of transporters improve their bottom lines. That’s gratifying. And in the future we will continue to listen and seek ways we can create other new products that solve modern-day transportation challenges.’’