A day later, the federal appellate court handed the Gibson, Dunn and Crutcher partner what is likely the biggest courtroom victory of Ho’s career by reversing and rendering a $663.3 million judgment against Trinity Industries.

While the Fifth Circuit’s reversal of the largest damage award in the history of the 154-year-old False Claims Act (FCA) demonstrated Ho’s appellate law acumen, the landmark opinion showcased the skills of a legal legend and one of Ho’s future colleagues – Judge Patrick Higginbotham.

In a 42-page opinion, authored by Higginbotham, a three-judge panel ruled that an East Texas judge and jury got it wrong in 2014 when they decided that Dallas-based Trinity provided state and federal officials false information about the safety of their highway guardrail system called ET-Plus. 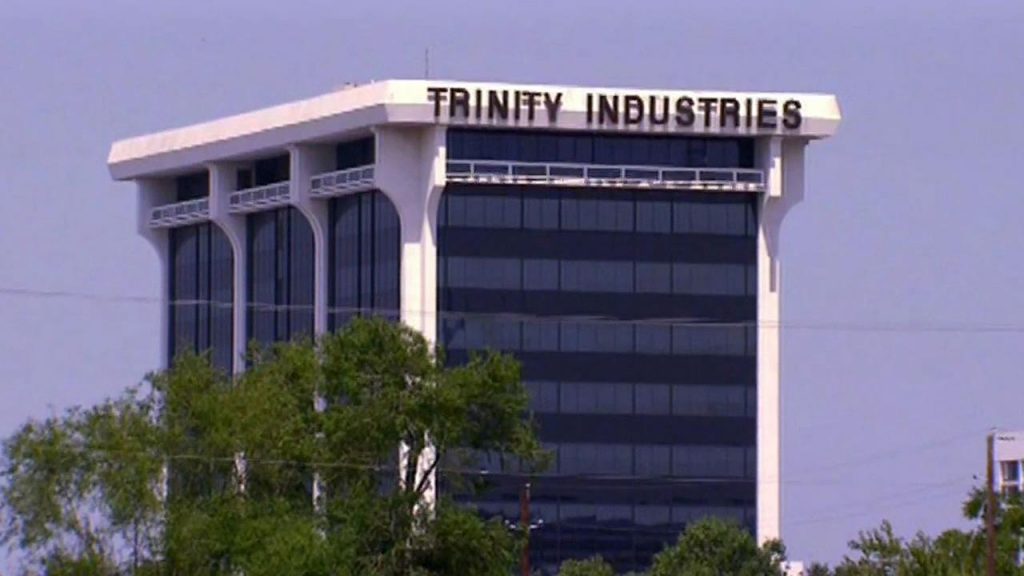 The Fifth Circuit ruled that the Federal Highway Administration (FHWA) was fully aware of all the changes that Trinity made to its guardrails and knew all of the complaints made by the plaintiff in the lawsuit and still approved the guardrail system for full federal funding.

“Here, FHWA insists that the 2005 changes did not affect the decision to purchase the end terminals either in the past or the future,’’ Higginbotham wrote. “When the government, at appropriate levels, repeatedly concludes that it has not been defrauded, it is not forgiving a found fraud — rather it is concluding that there was no fraud at all.’’

This litigation started in 2012 when Joshua Harmon, a former competitor, sued Trinity under the FCA, a 154-year-old law that allows whistleblowers to sue businesses that defraud the U.S. government. The lawsuit claimed that the company shrank its popular ET-Plus highway guardrail system in 2005 from five inches wide to four-inches in order to save $50,000 a year in costs.

Harmon’s lawyers argued that Trinity failed to inform the FHWA about the changes, as required by law. Those changes, Harmon claimed, “had a devastating impact’’ on the guardrail’s performance and led to car accident victims being killed or maimed.

A jury in Marshall ruled against Trinity in 2014. Months later, U.S. District Judge Rodney Gilstrap slapped the company with a $663 million judgment, which opened the door to a flood of lawsuits that also sought billions of dollars in damages against the company.

To fight the litigation,Trinity Industries General Counsel Theis Rice hired dozens of lawyers at some of the largest and most prominent law firms in Texas and the U.S., including Akin Gump; Alexander Dubose Jefferson & Townsend; Barlett Beck Herman; Bell Nunnally & Martin; Gibson, Dunn and Crutcher; Haynes and Boone; Roach and Newton; and Sidley Austin.

Harmon had his own all-star legal team that includes a plethora of lawyers from Bois Schiller & Flexner, McKool Smith and Ward, Smith & Hill.

But the story behind the decision on whether the $663 million judgment against Trinity should stand or be reversed really has two stars: Jim Ho and Judge Higginbotham.

Trinity turned to Ho to lead its appeal. Ho took a two-prong effort: (1) argue that any allegations of fraud were immaterial if the federal government said it was not injured, and (2) show that the jury verdict was an abusive use of the FCA.

To achieve this, Ho convinced five former high-ranking Justice Department officials in the Clinton, Bush and Obama administrations to submit an amicus brief with the Fifth Circuit stating that the verdict against Trinity was “gratuitous’’ and improper.

“The FCA can be employed abusively to the detriment of the government, the public interest and private parties,’’ the DOJ officials argued. “This case illustrates such abuse.’’

Ho also persuaded 11 states, including Texas, Oklahoma and Louisiana, to tell the appellate judges that the verdict favoring Harmon “violates the letter and spirit’’ of the FCA and permits the plaintiff “to commandeer the FCA for his personal advantage.”

“The potential consequences extend far beyond this case,” the states argue.

But Ho and Trinity were clearly thrown a curveball last December when Higginbotham started grilling Ho only a minute into oral argument over the materiality or importance of the changes to the highway guardrails. The judge noted that he had actually read the trial transcripts, which he admitted was unusual for an appellate judge to do, and that he was disturbed by the evidence against Trinity. 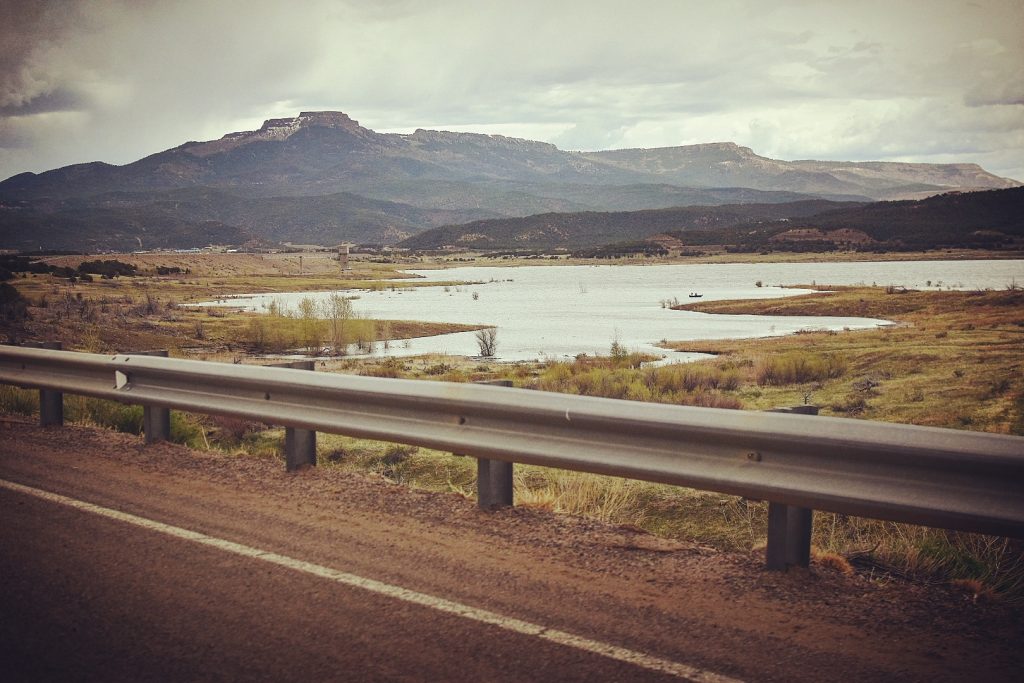 “You say they are minor and they say they are killer,’’ Higginbotham told Ho. “My suggestion to you is that materiality and causation in this case are very close companions, if not collapsible into one. If it is the case that this particular product was causing these catastrophic injuries, then it is very difficult to maintain the argument or to quarrel with the judgment of the jury as to materiality.’’

Trinity’s case seemed to become more difficult when even Judge E. Grady Jolly, who is also a Republican with Higginbotham, expressed doubts about Trinity’s argument. The third member of the panel, Judge James Graves, is a more liberal jurist who has a history of being pro-plaintiff.

But Ho kept his argument focused on materiality.

By nearly all accounts, oral arguments did not go well for Trinity. Even lawyers connected to Trinity’s defense team said they expected a less-than-positive decision by the appellate court. Then, Friday’s decision was released. Page one of the opinion showed the panel’s decision is unanimous and that  Higginbotham was its author, which had to cause initial heartburn for Trinity lawyers.

“The trial in this case offers two narratives,’’ Higginbotham wrote. “One of a hardworking man who, angered by failures of guardrails installed across the United States – with sometimes devastating consequences — persuaded a Texas jury of a concealed cause of those failures.

“The other of the inventive genius of professors at Texas A&M’s Transportation Institute, who, over many years of study and testing, developed patented systems including guardrails that, while saving countless lives, cannot protect from all collisions at all angles and all speeds by all vehicles — guardrails that have been installed throughout the United States with an approval from which the government has never wavered as it reimbursed states for the installation of a device integral to the system.’’

“We will describe, but not decide, the substantial challenges to the jury’s findings of liability and damages as an essential backdrop to the challenge we ultimately sustain, one that ends this litigation,’’ Higginbotham wrote. “We hold that the finding of fraud cannot stand for want of the element of materiality. Therefore, we reverse and render judgment as a matter of law for Trinity.’’

“As this court has previously noted, the federal government has consistently reaffirmed the ET Plus System meets all federal safety performance standards,’’ Trinity Chief Legal Officer Theis Rice said in a written statement. “This ruling affirms our longstanding belief that the ET Plus® System is safe and no fraud was committed. We are proud of standing strong and fighting for our beliefs.’’