R on Jordan picked up a handful of damp sand as it cascaded off a broad conveyor belt, eventually bound for trucks or rail cars that will take it to eager buyers in South Texas and around the country.

“This is the good stuff,” Jordan said as he fingered the golden-colored sand. “This is what everybody wants.”

The sand felt more grainy than the sand on your average Texas beach.

It was beach sand, though, that two days earlier had been mined from sandstone formed from an ancient sea that lapped what was shoreline here more than 500 million years ago. 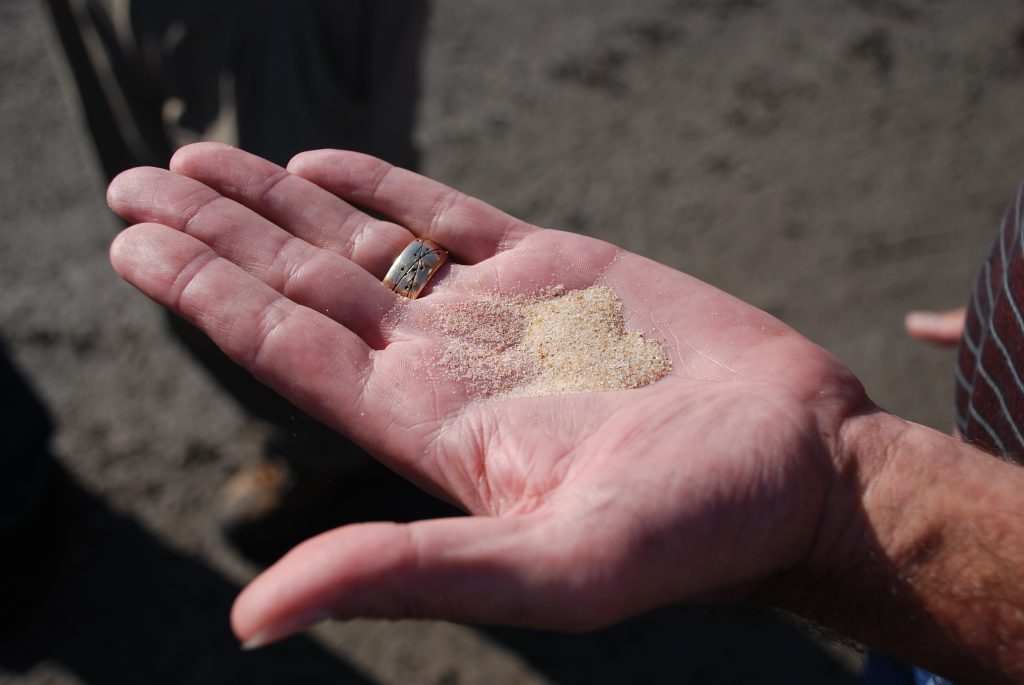 Fine-grained silica sand is mixed with chemicals and water before being pumped into rock formations to prevent the newly created artificial fractures from closing after hydraulic fracturing is completed. (Credit: Bill Cunningham, USGS. Public domain.)

Sand mining is booming in Central Texas, as drilling companies are demanding tons of it. Sand aids in getting the best production from wells drilled in the Permian Basin and Eagle Ford shale of South Texas and other tight rock formations.

In fracking, a mixture of fluids and “proppants” are pumped at high pressure into a perforated well pipe to create small fractures in tight shale rock. The small fractures allow oil and natural gas to escape and flow out of the well.

Proppants literally prop open the fissures in the rock and may be sand, sand coated with resin, or ceramic pellets. Today Proppant Specialists’ mine, which began operating in fall 2008, is at the center of activity near Brady in southeastern McCulloch County.

“We produce frack sand almost exclusively at the Voca location,” said Drew Bradley, senior vice president of operations for Unimin, which has had a mine in Voca since the mid-1990s. “Demand for sand has grown significantly,” as companies step up fracking in the Southwest, he said. 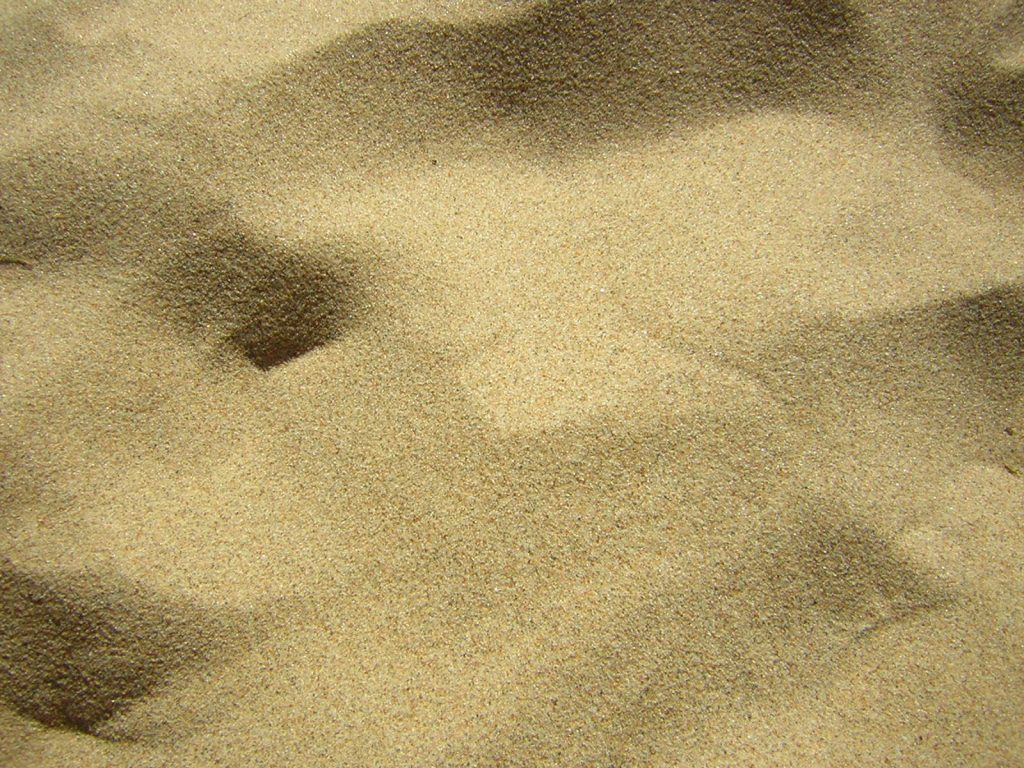 At the Proppant Specialists’ open-air mine, visitors are surrounded on three sides by red, 80-foot sandstone cliffs. On one end, an explosive charge created a crumple of sandstone. The rock is hauled to processing units. As part of a two-day process, the clumps of sandstone go into hoppers to be broken up. The sand is washed — cleansed of red clay — sorted by grain size with sieves, then dried.

“This is a unique deposit of high quality,” Jordan said of the sandstone outcrops at Voca. “If limestone were on top, it wouldn’t be economical to mine the sand.”

Fracking operators are willing to pay for the right kind of fracking sand for their operation. They need sand that’s uniform, round and strong — that is, resistant to being crushed thousands of feet down in dense shale rock, said Texas geologist Jerry McCalip, an officer in the Texas chapter of the Association of Environmental & Engineering Geologists.Users also want sand that won’t dissolve in acids.

“It needs to be predominantly quartz or silica,” he said.

The surge in drilling and hydraulic fracturing in Texas is pushing up the price of processed sand. Fracking sand costs an average $110 per ton and has risen in price by about 10 percent since 2010, said David Vaucher, senior researcher at the consulting firm IHS/CERA, who has examined activity in the Eagle Ford.

While there are valuable sands available from sand mines in the upper Midwest, buying Texas fracking sand cuts shipping costs.

“That’s very important when we’re talking these huge quantities of sand,” Vaucher said. A typical fracking operation in the Eagle Ford shale may use 2,000 tons of fracking sand, he said.

“The good new for Texas producers is that there’s an application for the local materials,” geologist McCalip said. “It’s quite an expense to ship sand 1,000 miles. And the Texas sands work, no doubt about it.

(This story was reported by the San Antonio Express-News)