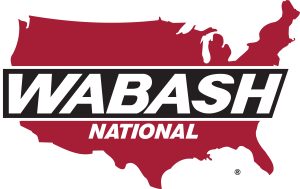 Lafayette, Ind.-based Wabash National Corp., a leading trailer manufacturer, posted its second-highest revenue ever in the third quarter, but the news wasn’t all good. Net income fell sharply amid increasing operating pressures that have prompted the company to raise prices, according to industry reports.

At the same time, its order backlog reached a new record as it increased 80 percent to $1.3 billion compared with a year earlier.

Net income for the period ended Sept. 30 plunged to $4.7 million, or 8 cents per diluted share, compared with $18.9 million, or 30 cents, year-over-year. Revenue rose 30 percent to $553 million from $425 million a year earlier, aided by the inclusion of body builder Supreme Industries Inc. that Wabash acquired at the end of third quarter 2017. Additionally, market demand remained strong at each of its three segments, according to the company.

Wabash’s all-time record quarterly income was notched in its 2018 second quarter when it hit $613 million. 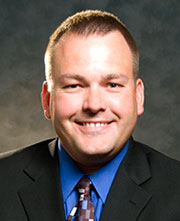 “The third quarter was a difficult quarter for the company as a whole,” said Brent Yeagy, Wabash’s chief executive. During that quarter the company saw more spikes in the cost of raw materials, labor shortages, delays in chassis deliveries, a build-up in completed trailers sitting waiting to be taken away by customers, and, in some divisions, an unfavorable sales mix.

The Commercial Trailer Products division’s income from operations slipped to $32.4 million from $36.3 million a year earlier, the company said. Its quarterly revenue increased to $368 million, climbing $28.9 million or 8 percent compared with a year earlier.

The division shipped 14,450 new trailers compared with 13,350 a year earlier, the company said.

Wabash’s Diversified Products unit reported a loss in income from operations of $6.3 million, compared with a gain of $5.1 million a year earlier, according to company financial reports. Revenue rose to $102.3 million, an increase of $13.5 million, or 15 percent, compared with the prior year, due primarily to the increased demand for liquid tank trailers.

Diversified Products shipped 700 trailers in the quarter compared with 550 year-over-year.

The Final Mile Products division operations showed a loss of $1.49 million on sales of $87 million. Its gross profit margin was 10.3 percent, reports show.

All business units’ earnings reflected difficulties in getting chassis, Yeagy said. Wabash was “working hard and hand-in-hand with the chassis manufacturers to increase visibility of supply,”  Yeagy said. Early results point to improvement, he added.

Many suppliers serve both the trailer and truck market, which is booming alongside trailer demand, compounding supply chain constraints. In the meantime, at the top of the company’s watch list are tariffs, Yeagy said.

“While the vast majority of our materials are purchased domestically, some secondary components may be sourced on a global level and, as such, be subject to tariffs, particularly the latest round of tariffs. We continue to manage as much of the risk as possible using every lever available to us, including pricing of our products, managing our supply base and expanding our commodity-hedging program,” Yeagy said.

This is a “pseudo regulatory-related pressure,’’ he added “Our customers understand that. They are dealing with it in other ways. We feel confident that we will be able to recover a very significant portion of that amount going forward.’’

Wabash is maintaining its full-year guidance for 2018 new trailer shipments of 60,000 to 62,000 units based on expectations of stronger pricing and a more favorable sales mix.