The U.S. Supreme Court has ruled (New Prime Inc. v. Oliveira) that legal disputes between carriers and independent contractors cannot be forced into arbitration even if their contractor agreements include an arbitration clause.

In an 8-0 decision issued last month, the nation’s high court sided with owner-operator Dominic Oliveira over his carrier, New Prime Inc., the legal name for the Springfield, Mo.-based Prime Inc. Prime has contracts with more than 5,000 independent contractors.

The question before the Supreme Court was whether arbitration clauses within contracts between fleets and independent contractors are binding. Oliveira sought to have a lawsuit he brought against New Prime over his employment status heard in court. New Prime argued that his lawsuit was bound to arbitration, per the arbitration clause within his contract with the company.

The 1926 Federal Arbitration Act established that arbitration is mostly a binding agreement, but there are exceptions, particularly for transportation workers. Dominic Oliveira argued his situation was an exception to the 1926 law, and the Supreme Court agreed, meaning he has the ability to pursue his original lawsuit in court rather than via a third-party arbitrator.

Oliveira’s original lawsuit sought to challenge his classification as a contractor. He claimed he was a company driver and an employee of Prime, but that he was misclassified as an independent contractor. The Supreme Court did not rule on that matter. Instead, they simply ruled on whether Oliveira could pursue his challenge via the courts instead of arbitration.

Justice Neil Gorsuch wrote the opinion for the court. 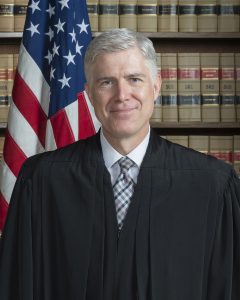 “The parties’ private agreement may be crystal clear and require arbitration of every question under the sun, but that does not necessarily mean the Act authorizes a court to stay litigation and send the parties to an arbitral forum,” he writes. Gorsuch added that Prime’s arguments weren’t “compelling.”

Justice Ruth Bader Ginsburg wrote a concurring opinion, citing the intentions of the 1926 Arbitration Act and subsequent litigation that fell in favor of Oliveira’s claims that owner-operators are exempt, as transportation workers, from the 1926 law.

Lower courts, including the U.S. Court of Appeals for the First District, also ruled in favor of Dominic Oliveira. Prime appealed that court’s ruling to the Supreme Court, who heard oral arguments in October. 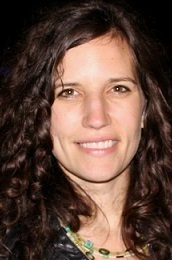 Jennifer Bennett, an attorney for the firm Public Justice and a member of Oliveira’s legal team, said Oliveira’s original lawsuit regarding his classification as a contractor can now proceed in court.

“Today’s ruling is a huge step forward for truck drivers. This decision will enable so many drivers like Dominic who are not being paid what the law requires to go to court and fight for their rights,” the firm said in a statement.