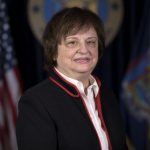 The restitution and damages are the result of a civil settlement, Underwood said. “Bottini Fuel orchestrated a brazen scheme to defraud its customers for the benefit of the company and its owners,” Underwood said. “This conduct was longstanding and harmed individual, business, and government customers. We are grateful to the whistleblower who helped bring this illegal conduct to light and are pleased to be able to give back the money rightfully owed to Hudson Valley customers.”

DiNapoli said, “Bottini Fuel systematically defrauded private customers and municipalities out of rebates they were due.’’

Bottini Fuel did not inform customers that they had overpaid for heating oil; instead, the company swept excess customer balances out of customer accounts and used them to benefit its owners and employees. The company admitted to this conduct as a term of the civil settlement, the attorney general said.

The information provided by the whistleblower prompted the Attorney General’s Taxpayer Protection Bureau to launch a civil investigation into Bottini Fuel. A preliminary investigation revealed substantial indications of knowingly fraudulent conduct on the part of the company and its principals, the attorney general said.

The credit balances transferred into dummy accounts were then diverted to customer accounts held by Bottini Fuel’s owners, friends, family members, certain employees, and businesses in which Bottini Fuel’s owners held an interest. Those transfers offset their balances, reducing amounts owed for fuel usage; in essence, Bottini Fuel used regular customers’ money to pay for their own personal fuel expenses and those of their friends, families, and other businesses.

The Attorney General’s investigation revealed that Bottini Fuel had transferred a total of $1,762,771 in customer funds, including $590,887 from government customers.

Pursuant to the guilty plea entered on Nov. 27, Bottini Fuel paid $1,762,771 in criminal restitution to the attorney general’s office. The attorney general’s office will contact all defrauded customers to distribute the restitution owed. If certain customers cannot be located, money relating to their accounts will be deposited with the New York State Comptroller’s Office of Unclaimed Funds, where they can be claimed in the future, according to state officials.