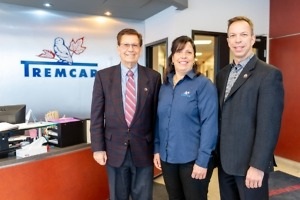 Tremcar Inc. has invested more than $1 million this year to build an eight-bay service building in Strasburg, Ohio. The center will optimize service and the company’s aluminum DOT 406 production line.

Tremcar USA is one of the four leading manufacturers of stainless-steel tank-trailers for the milk and food industry, as well as the chemical and dry bulk sectors. 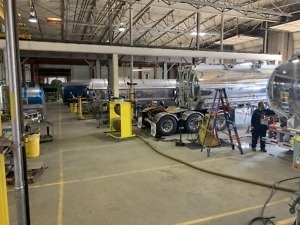 The Ohio plant first started its industrial activities in 2004. It manufactures, repairs, sells and leases tank-trailers for the entire United States market. The plant, which employs more than 100 people, manages 350 tank-trailers for short and long-term rental.

Production will increase by 33 percent over the short term, which represents an additional output of 50 tanks per year. Tremcar will also increase the capacity of its tank repair service, company officials said.

“We have invested not only to improve efficiency, but also to increase it,” said Annie Tremblay, company vice president executive. “This will enable us to better serve our customers by repairing and servicing their tank-trailers in shorter delays.

Daniel Tremblay, president of the Tremcar Inc. group, said he appreciates the support from the Strasburg region.

“It is with pleasure we are investing in the region and creating more jobs. The economic development community of Tuscarawas County is very supportive and the work culture in Ohio is still very industrial. These factors weigh heavy on the scale when we need to choose where we want to make investments. City services and availability of skilled manpower are always a major factor.’’ 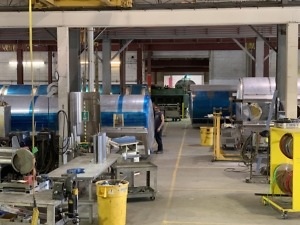 Tremcar USA also wants to build closer relationships with vendors and customers, Daniel Tremblay said. He and his sister believe that proximity to partners is important to the company’s success.

Throughout the 2000s, Tremcar made a number of acquisitions that strengthened its position as a leading tank-trailer manufacturer. In 1994, the company experienced its first meaningful growth in the American market. The family needed to move to the U.S. in order to better serve existing customers and expand its market potential. Tremcar opened its first plant in Champlain, N.Y., in 1998. The factory closed in December 2000, but since then Tremcar has been delivering tanks dedicated to the American market. 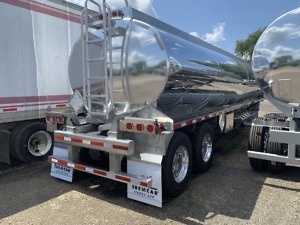 In 2004, the company established Tremcar USA Inc. — its first U.S. service center — in Strasburg. In the months that followed, the service center was transformed into an aluminum tank manufacturing center for the transportation of crude and refined oil for the expanding U.S. and Canadian oil industries. 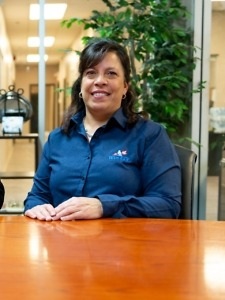 After working at the family’s leading plant in Saint-Jean-sur-Richelieu, QC, Canada, for several years as vice president of purchasing, she agreed to take on a new challenge and move to the United States to take over the management of Tremcar USA in Strasburg. At that time, she had a 15-year-old daughter and 12-year-old son. Seven years after she took over her new role, the company’s integration with an American plant has proven successful.

Annie Tremblay is assisted by her brother Daniel Tremblay, who is president of Tremcar Inc., and by Andy Mulvey, vice president of sales. The business has salesmen who travel the country and a distribution network in several states.

“Americans appreciate the fact that Tremcar is present in the territory because we hire Americans who manufactures products for Americans and Canadians,’’ said Annie Tremblay. Did you know we export to Canada even if our head office is located in Quebec, Canada? Also, customers like to come meet us and see their products on the production line. With our expansion, we are creating good growth potential. It’s very encouraging for the future.”

Tremcar, which employs 200 workers in the U.S., exports 40 percent of its production output to Canada. The company controls about 8 percent of the American market and 80 percent of the Canadian market. In 2014, the company acquired Boston Steel, a manufacturer of fuel distribution tank trucks.

All of the company’s parts, including stainless steel and aluminum, are purchased in the U.S. for both Tremcar USA and its sister company Tremcar Inc., located in Canada. More than 20,000 Tremcar tanks haul commodities across America, the company said.