Orders rising for driver-less trucks from TuSimple, near 7k in reservations 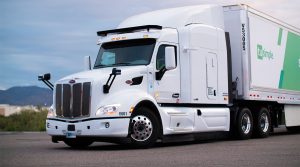 TuSimple has received 6,775 reservations for a new line of SAE Level 4 International LT Series autonomous trucks. The trucks will be equipped with TuSimple’s advanced autonomous driving system and manufactured by Navistar beginning in 2024.

Among the first customers to place reservations are Penske Truck Leasing, Schneider and U.S. Xpress, according to an announcement from TuSimple.

U.S. Xpress has been working closely with TuSimple for two years to better understand and prepare their operations for the arrival of autonomous technologies, and has had a front row seat in following the progress of TuSimple’s autonomous system.

“We have been working with TuSimple since 2019, and we see them as the clear leader in autonomous trucking technology, which is why U.S. Xpress is among the first in line for reservations,” said Eric Fuller, president and chief executive of U.S. Xpress. “Autonomous technology is complementary to other investments we’ve made to broaden our portfolio of services across the supply chain.” 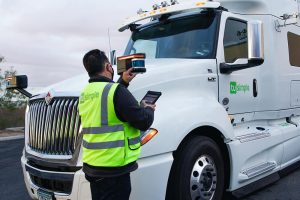 TuSimple’s autonomous freight network operates a fleet of 50 Level 4 autonomous trucks across Arizona, New Mexico and Texas. The company plans to expand the network coast-to-coast by 2023.