Bulk tank carrier Miller Transporters Inc. of Jackson, Miss., was recently featured in a television news story for its part in the fight against human trafficking.

The story aired on WTOK, a Meridian, Miss., television station. A reporter from the station joined Miller contractor Evera Mitchell for a few miles on a recent trip to hear his part in Truckers Against Trafficking (TAT).

The program teaches trucking industry professionals what to look for and how to react to suspicious trafficking activity.

“If we can get the information out there to these guys about what to look for and who to notify, we can save the lives of young children,” said Al Dear, director of training at Miller. 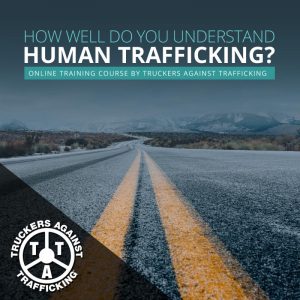 TAT is a non-profit volunteer organization of truck drivers, their companies and truck stops whose mission is to eradicate human trafficking.

“In 23 years, I’ve seen a lot of young women running in and out of the truck stops,” Mitchell said. “To me, it’s a safety issue for the drivers and the young ladies. It’s not safe for them out in the truck stops.”

Mitchell is one of over 500,000 TAT trained drivers in North America. Truck manufacturers and industry suppliers are joining with the drivers to fight human trafficking. Further information about the issue is available at the National Human Trafficking Resource Center at 1-888-3737-888.

Miller Transporters is a for-hire tank-truck carrier that operates more than 450 trucks in 15 states. It mainly serves the chemical industry.