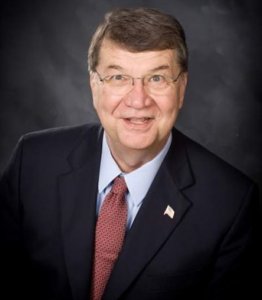 Rich Clair has been named president of Solar Transport

Prior to joining Solar, Clair was chief operating officer and remains on the board of directors at Trinity Logistics of Seaford, Del., where he revamped the company’s strategic plan to focus on capital allocation, business development and technology.

Clair has served in various capacities during his 38-year career in transportation and logistics. Companies he has served include Highway Technologies, Mail Contractors of America, First Transit and Ryder Systems.

“My wife and I are thrilled to be part of this exciting opportunity to grow Solar’s business,’’ Clair said.

Clausen said he is “pleased to have Rich on board and excited to see the positive changes the team will achieve under his leadership.”

Clair holds a master’s degree in city planning and transportation from Harvard University and a bachelor’s degree in political science from the University of Massachusetts.

“For more than 50 years Solar has dedicated itself to set the standard in how refined petroleum products – such as gasoline, ethanol, diesel and jet fuel – are managed, transported and delivered,’’ the company said in a press release. “Solar  serves some of the largest convenience store chains in the nation from 27 terminals in 19 states, with regional offices in Iowa, Colorado, California and Missouri.’’