FleetPride recently reopened its Gillette, Wy. location and acquired the assets of Long Island Truck Parts, which is based in Medford, N.Y. 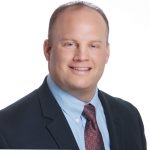 “We are excited to return to Gillette and re-establish our presence in the area,” said Mike Harris, FleetPride’s senior vice president of sales and branch operations. “Based on customer demand in Gillette and surrounding areas, we determined that the time was right to reopen the branch. We’re excited for our new employees and customers in Gillette.

“We are constantly looking for opportunities to grow our business. This year we’ve opened new ‘greenfield’ locations in Boise, Idaho., Medford and now Gillette. Opening new locations complements our acquisition strategy. We’ve added a total of 15 branches so far this year and we are well positioned for a strong second half of 2018.”

FleetPride’s recent growth also includes the acquisition of Long Island Truck Parts (LITP), which was founded by Anthony Naples in 1972. The company currently is owned by Bobby Naples, Paul Naples and Deborah Wilson. It has locations on Long Island as well as in Medford, New Hyde Park, Riverhead and West Babylon, N.Y.

“We have made and will continue to make many great acquisitions at FleetPride, but Long Island Truck Parts represents the best of what makes the heavy-duty aftermarket so exciting today,” said Al Dragone, FleetPride’s chief executive. “They are as relevant and successful today as they were when the company was started by Anthony Naples so many years ago. We are truly excited to have the chance to work alongside the entire LITP family over the coming years.”

Bobby Naples will remain with FleetPride as an area manager to supervise the former LITP locations in a newly created territory, the company said.

“While the decision to sell is never an easy one, the chance to join a company like FleetPride is one we could not pass up,” Bobby Naples said. “Our customers will be well supported with FleetPride’s deep and diverse inventory, its distribution center in Connecticut, and locations throughout the Northeast.”