Former Pilot Flying J President Mark Hazelwood has won a one-month reprieve from his upcoming sentencing hearing – but not without a lecture from the judge who will decide just how long he will spend behind bars for heading up a plot to rip off truckers. 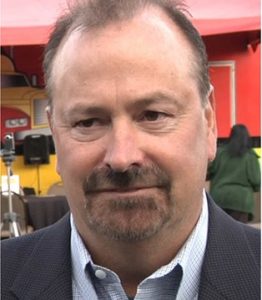 Senior U.S. District Judge Curtis L. Collier agreed last month to delay Hazelwood’s sentencing until Sept. 26 to give the ex-president’s new defense team time to test the fraud figures that will form the basis of the penalty range he faces for scheming to lure truckers to do business with the truck-stop giant by promising discounts and then shorting them.

Hazelwood wanted a four-month delay. Collier was having none of that and accused Hazelwood’s new defense team of betraying his trust by promising they would need no delay at all.

“The court took present counsel, as an officer of the Court, at his word,” Collier wrote. “The court is a firm believer that attorneys as officers of the court are entitled to have the court’s full confidence placed in them.” 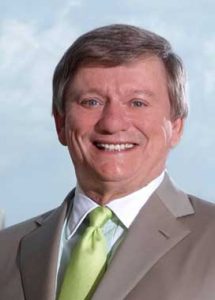 Hazelwood fired renowned criminal defense attorney Rusty Hardin after being convicted earlier this year in U.S. District Court in Chattanooga, Tenn., of conspiracy to commit wire fraud, wire fraud and tampering with a witness. But in the federal system, the trucking tycoon needed Collier’s permission to do so. Collier made clear any change in Hazelwood’s sentencing would topple his calendar of similar hearings for Hazelwood’s subordinates who either were convicted or confessed in the plot.

Knoxville, Tenn., attorney Bradley Henry told Collier in a motion that he and the New York firm, Walden Macht & Haran, which is made up of former federal prosecutors, would be ready for his sentencing hearing if allowed to take over Hazelwood’s case.

But within days of garnering approval to replace his legal team, Hazelwood asked for a sentencing delay.

Hazelwood was the highest-ranking member of Pilot Flying J who was convicted in a five-year plot that bilked trucking companies out of more than $56.5 million. Two subordinates were convicted of varying crimes alongside him, and 14 others pleaded guilty. Two were granted immunity. Pilot Flying J’s board also admitted criminal responsibility.

Hazelwood was earning $26.9 million at the height of the fraud plot — double his pay when the scheme began in earnest. Even after his indictment in 2016, Hazelwood continued to make money from the trucking industry.

Hazelwood’s new lawyers contended they needed a delay to examine audit reports – one an internal Pilot Flying J audit and one an independent one – used to try to determine for how much of the fraud each defendant, including Hazelwood, should be held accountable. Penalty ranges for fraud depend heavily on how much a criminal stole.

Collier noted Hazelwood’s former attorney and his law firm already had much of that information and had already studied it.

“Some of (Hazelwood’s) difficulty understanding and working with the data at this juncture may result from his choice to change representation after trial,” Collier wrote. “Defendant Hazelwood may well have been better served had he considered this in desiring to change counsel.”

But the judge said he was “giving defendant Hazelwood the benefit of the doubt” by approving a short delay. Collier also revised the sentencing schedule for Hazelwood’s subordinates.

Hazelwood’s new defense team argued in filings earlier this month that Hazelwood’s former bosses — Pilot Flying J’s board of directors –  threw money at any trucking customer that claimed fraud when news of an April 2013 raid at the company’s Knoxville headquarters broke.

That means, his attorneys argued, the roughly $23 million in fraud an audit attributed to Hazelwood is inflated.

But, in a bid to avoid a sentencing delay, the pair had agreed to argue Hazelwood should be held accountable only for the thievery of his top three subordinates — former sales executives Brian Mosher, Arnie Ralenkotter and John “Stick” Freeman — to the tune of just more than $10 million.

It’s not clear if their position will now change.