On a chilly winter morning, dozens of truck driver trainees file into a classroom at the headquarters of Prime Inc., a trucking company based in Springfield, Mo.

At the front is Siphiwe Baleka, an energetic former swimming champion in his mid-40s. He delivers grim news about trucker health to the new recruits.

“If you haven’t started to think about this, you need to start right now,’’ Baleka said. “You are about to enter the most unhealthy occupation in America.’’

That’s not an official designation, but truckers do have more health problems compared to U.S. averages. About 70 percent of truck drivers are obese and at high risk for conditions like heart disease and diabetes, and many in the trucking business worry that the poor health and fitness of drivers is threatening the industry. 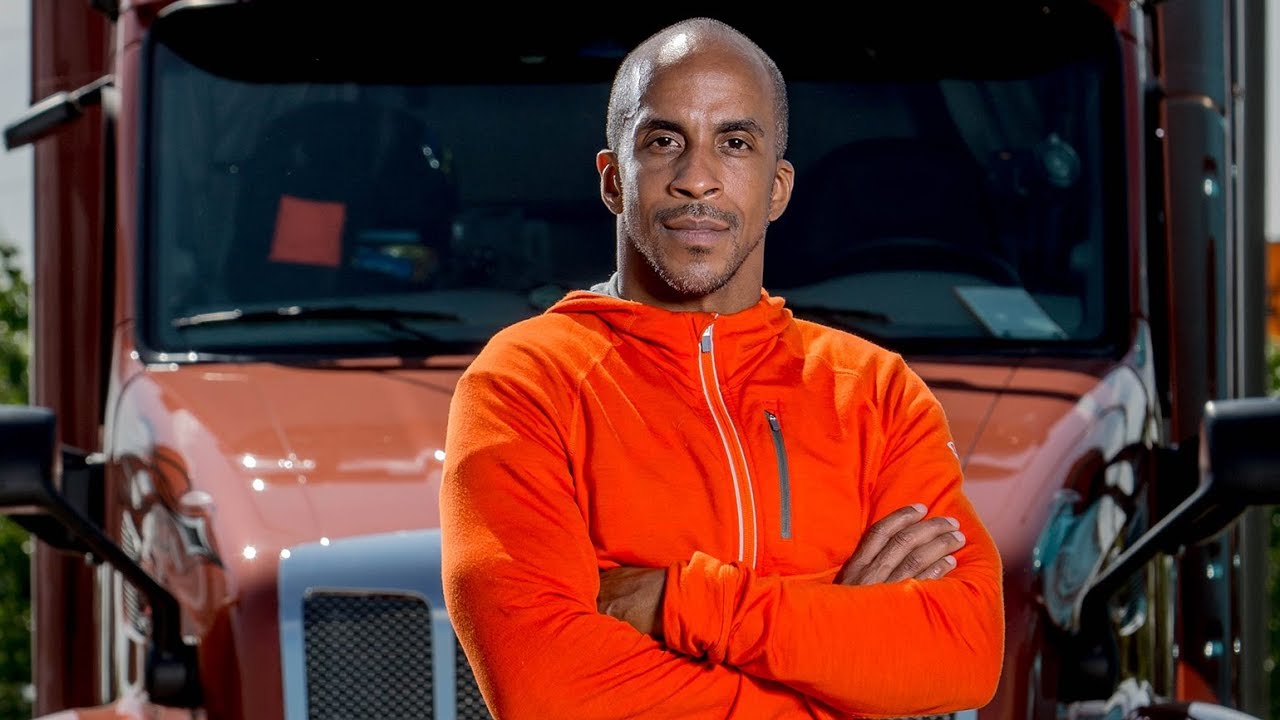 He’s the company’s coach for drivers’ health and fitness, tasked with improving the health of the 7,000 drivers for Prime. They spend around 11 hours a day behind the wheel.

It’s a struggle he knows personally. Baleka was once an Olympic hopeful, and he earned a degree in philosophy at Yale.

But about six years ago, after his professional athletic aspirations faded, he took a job as a trucker. He found his life reduced to the inside of a cab and the truck stops — where he’d rest, refuel and take comfort in convenience foods.

Baleka discovered just how quickly trucking can take its toll. During his first two months of driving, the trim swimmer gained 15 pounds. He tried every diet and exercise routine he could find — even doing workout DVDs inside his cab at truck stops before sunrise.

Eventually he turned his health around with a regimen that combined a low-carb, high-protein diet with short bursts of high-intensity exercise. 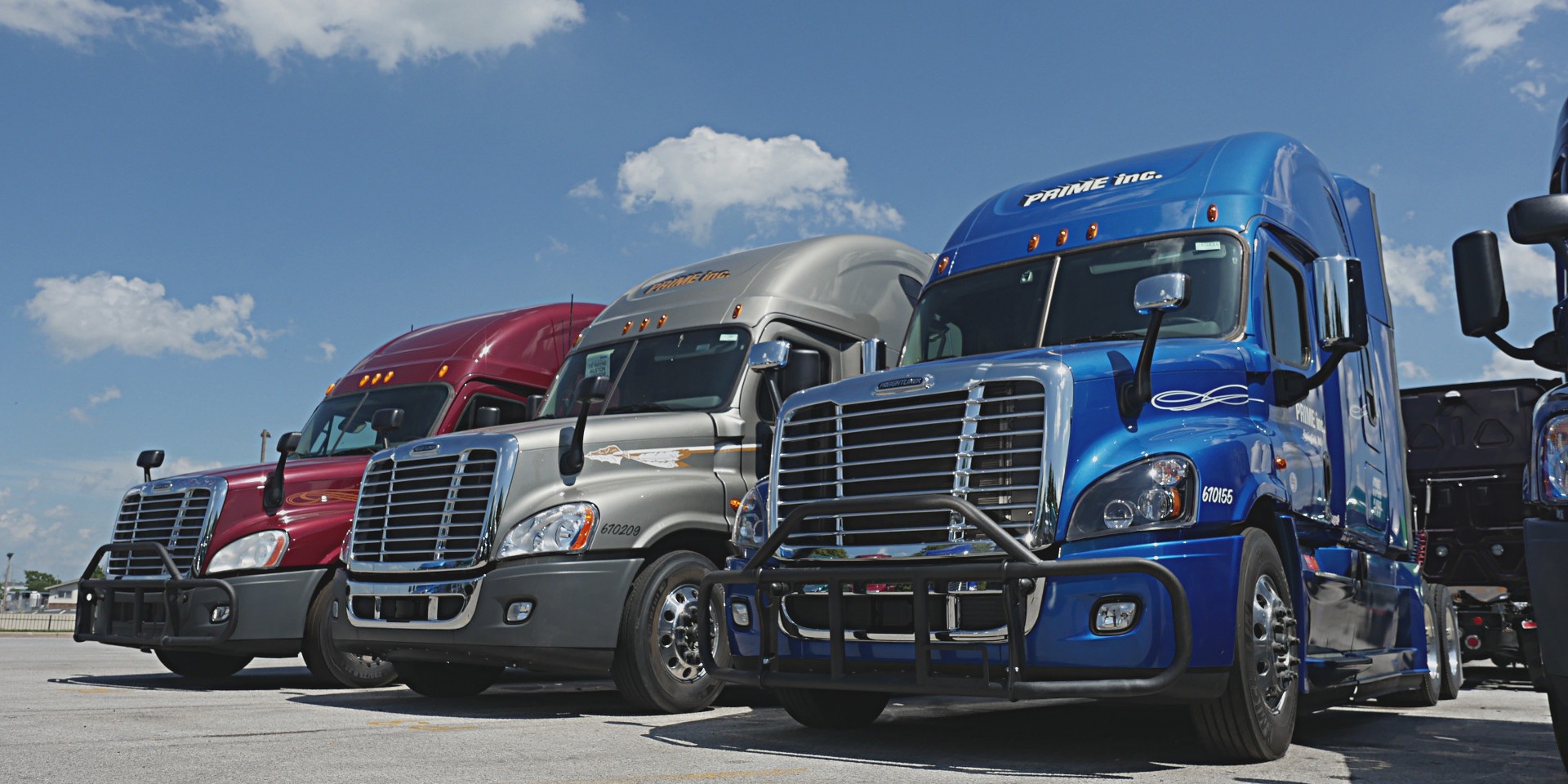 Monitor Drivers on the Road

Then he approached company management with an idea. The trucks, the trailers and their cargo are all carefully monitored while on the road. Why not do the same thing for the drivers, using devices like heart rate and body composition monitors?

“At that time, the only thing that we didn’t have any real-time information on was the driver — the physiological state of the driver,’’ Baleka said. “These digital health devices now allowed me to do that. I can monitor the physical condition of the driver just like we do with a truck.’’

This is good for health, and potentially something the industry needs. There’s been a shortage of drivers and, in part, that has to do with health.

A recent transportation industry report shows 21 percent of drivers who left the field in recent years did so for health reasons.

With his voluntary wellness programs, Baleka encourages his drivers to do short bursts of exercise to boost metabolism, cut carbs and eat lots of protein every few hours. He remotely coaches around 3,000 drivers as they crisscross the country. 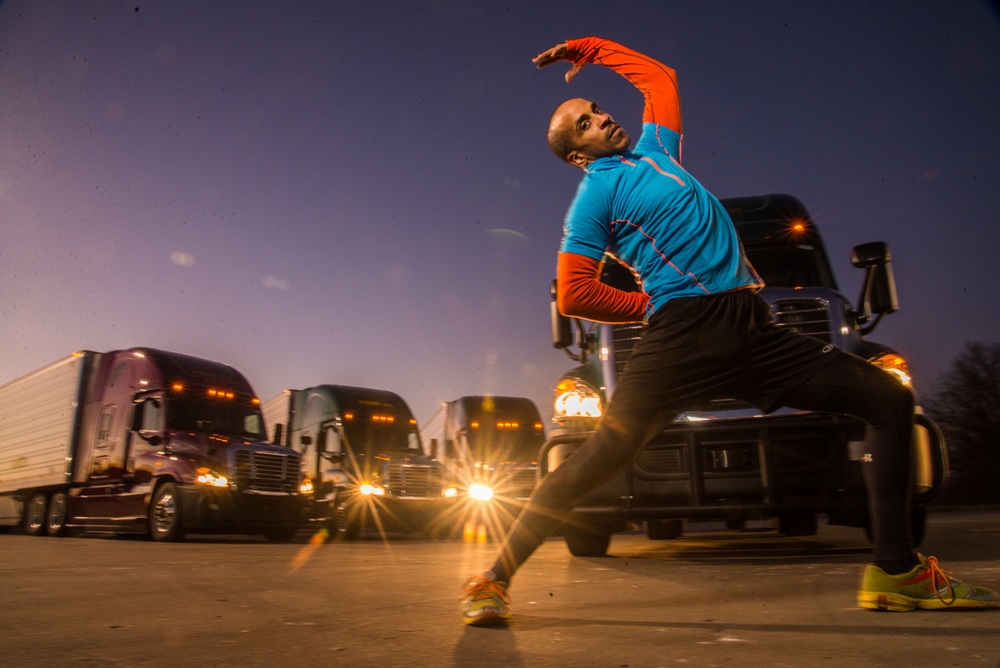 In one of his coaching calls, Baleka listens over the speakerphone to a husband-and-wife driving team, who tell him their exercise routine was derailed by bad weather in Oregon. They ask his advice on how to adapt their regimen when they can’t leave the truck. He suggests running in place or shadowboxing, and encourages them to do something, even if they’re stuck inside.

Baleka is treated almost like a celebrity by drivers passing through Prime’s headquarters, including Rick Menolascina, a driver from Oregon in his late 50s.

Menolascina said Baleka helped him lose weight and bring down his blood pressure just by helping make him more aware of his diet and exercise habits — without requiring Menolascina to completely swear off favorite comfort foods.

The relatively small lifestyle changes that Baleka promotes could be enough to make a life-changing difference in the health of many truck drivers, said Dr. Clayton Cowl, chief of preventive, occupational and aerospace medicine at the Mayo Clinic in Rochester, Minn.

“The drivers themselves — they don’t need to be running marathons, necessarily,’’ Cowl said. “It’s finding those times when there is some downtime, where they are able to find several days per week to do activities that they enjoy and find ways to reduce stress.’’

Cowl studies commercial driver health and sees drivers in his clinical practice. While he’s supports the kind of wellness program Baleka manages, it would be improved by addressing driver’s mental health.

The isolation and lack of control of one’s life that are endemic to trucking can contribute to anxiety and depression.

“I think having the employer understand those stressors, recognizing it for what it is and trying to accommodate some of the needs of the drivers certainly goes a long way to quelling some of those stresses out there,’’ Cowl said.

Baleka’s program is encouraging, said Scott Grenerth, the regulatory affairs director of the Owner-Operator Independent Drivers Association. But improving trucker health is pushing against the tide, he said, in an industry that’s been demanding more and providing less to drivers in the past few decades.

Nearly half of all trucking companies operating in the U.S. don’t have any wellness programs, and many of those that do are focused on driving safety, Baleka said.