Fuel Savings by the Pack 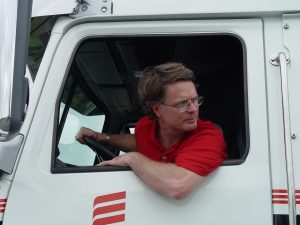 Years ago a trucker told me that if a fellow trucker was running low on fuel, he would ask to tailgate another truck. Sneaking along like this, tucked in out of the wind, would lower his fuel burn so he could get to the next fueling station. Whether this story was truth or tale, the concept — tailgating to save fuel — has been the subject of some intensive study in recent years. It is called platooning.

Platooning capitalizes on the reduced aerodynamic drag that comes with traveling in close formation — like Olympic cyclists and Indy 500 cars — thus saving fuel. But just who saves (someone has to pay, right?), what the sweet spot is for the following distance, and how to do it safely and legally, are not trivial questions.

It has been road tested, in Texas in 2017, for example, has been approved in some form in some states but banned in others, and track tested too. In 2016, for example, three Volvo tractors from Berkeley Calif., equipped with radar, video cameras, radio communications equipment, on-board computers and cab displays for the drivers and researchers, spent 20 days at the big Transport Canada test track in Quebec, Canada, pulling trailers and collecting information on the best way to platoon.

The tests involved having three rigs race around the track at various speeds and following distances; for example, 55 mph and maintaining 59 feet between each truck. In a nutshell, the lead truck got nothing out of the exercise but the best view; the second truck might save 7 percent or so on fuel, and the third truck might win an 11-percent fuel reduction. Let’s just say that the results varied, depending. 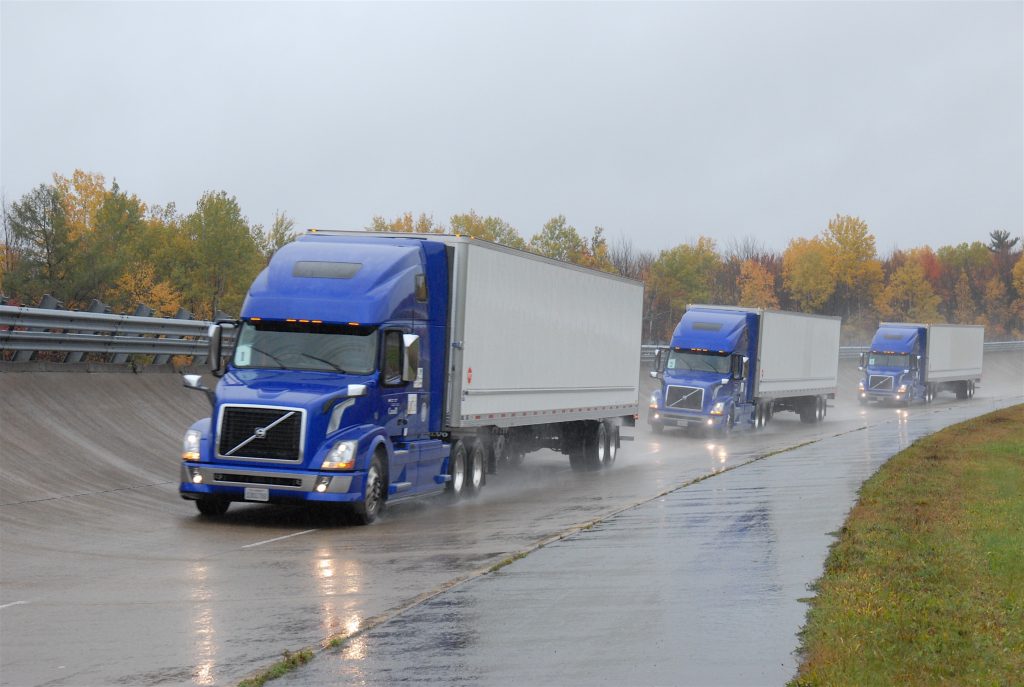 But what fleets would even want to platoon, considering that they can cut fuel burn by as much as 35 percent hauling two trailers behind a tractor — tried and true, safe and simple. Curious, I asked three big fleets that run long combination vehicles (LCV) if they would swap them for a platooning setup. I didn’t get a single bite.

Among the thoughtful reasons the fleet managers gave me, this remark, paraphrased, stood out: Why are LCVs, a poster child for the KISS (keep it simple, stupid) principle, nowhere near being fully exploited in North America?

(Carroll McCormick has been writing about transportation, with a strong emphasis on the trucking industry, for 25 years.)