What this virus-induced recession will mean long term for the trucking industry is at this point subject more to conjecture than certainty. What is guaranteed, however, is that this second quarter will be brutal for many carriers, manufacturers and vendors. What happens next likely will not be uniform, with some regions experiencing recovery much faster than others.

States and regions with major ports and intermodal centers will see transportation activity begin to strengthen faster than those regions that do not have major transportation hubs.

Even without a pandemic, U.S. trucking was looking at a tough time this year. When the year began, the industry was coming off a challenging 2019, when overcapacity and weak pricing forced at least 795 trucking companies to close. It’s important to note that a great many small carriers close every year. That’s because a disproportionate number of them are lightly funded, one-person operations. Still, closings last year were inordinately high, according to industry studies.

In late April, when information for this report was gathered, the Class 8 trucking sector was scrambling to adjust to the new realities. Although all sectors were feeling anxiety, the initial financial damage was distinctly varied. 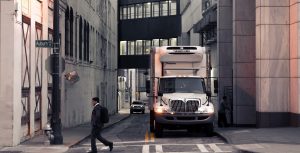 The refrigerated truck sector, for example, was actually gaining ground as the nation’s supermarkets scrambled to keep up with demand for ground beef and frozen staples. Trucking companies delivering paper products also were staying busy.

Other sectors weren’t so lucky. More than a few Class 8 dry-bulk and flatbed trucks were being forced to the sidelines. And in the petroleum market, where the price of a barrel of oil fell on April 21 to minus $37.63 – the lowest in history – petroleum carriers were looking at hurricane-like headwinds.

In March, orders of new trailers plummeted about 55 percent from March of 2019. That led some major transportation companies to react quickly, including Wabash National Corp. It suspended production at its plants for at least two weeks to cope with lower demand. Other large companies were cutting pay for top executives. C.H. Robinson, for example, announced it was cutting compensation for senior executives and board members. Chief executive Robert Biesterfeld’s base salary was dropped 50 percent from May 1 to July 31, while salaries for other executive officers were to be cut by 20 percent over that same period. Cash retainers for board members were to be cut by 50 percent, the company said. 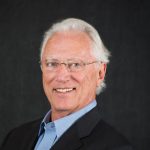 Despite the industry’s growing apprehension, a level of optimism remained. John Kearney, president and chief executive of Advanced Training Systems, said: “The movement of freight is such a basis part of our economy, try to imagine a day without freight moving,’’ he said. “As businesses shut down, or business is reduced, that reduces the freight requirement. But people are still eating, they’re just eating at home. In trucking, if you are in the right niche, if you’re nimble, if you’re financially strong, I think you could do just fine. The trucking industry is going to be the haves and the have nots. I think the virus is going to exaggerate and separate the haves and have nots even more.’’ 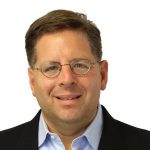 Brian Fielkow, president of Jetco Delivery, a trucking and logistics firm, said: “I think trucking has a long road ahead of it – along with the U.S. economy. But there are bright spots.’’

Because America has economically disparate regions, the decline – and subsequent retrenchment – of U.S. trucking will be uneven. In late April, one study looked at how the virus was affecting spot rates across the country. Particularly hard hit were the states of Louisiana, Nebraska, Wisconsin and Delaware. Rates were found to be down by 10 percent to 15 percent in Texas, Iowa, Missouri, Kentucky, Indiana, North Carolina, South Carolina, Virginia and Pennsylvania. Eleven other states were down 5 percent to 10 percent.

Other states, however, were reporting more normal spot rates. Most of these states are in the Northeast, upper Midwest and West Coast.

In late March and early April, HDT conducted a survey of the nation’s fleets. More than half of the respondents said their level of business had been negatively affected by the COVID-19 pandemic, and 3 percent reported employees had tested positive for COVID-19.

In other survey results, 53 percent of respondents said their volume of business had decreased, and 15 percent said it had decreased by more than 50 percent. Twenty-one percent said their business had increased, with the majority of those reporting an increase of 20 percent or less. Nearly one in five, 18 percent, said the pandemic had not affected the number of loads they were handling. Another 8 percent didn’t know or weren’t sure.

Trying to accurately predict trucking’s immediate future is a vexing challenge, analysts admit. Because trucking companies come in so many sizes and serve such different markets, their financial viability varies widely. Each has its own debt level, overhead, fleet size and age, and customer base. Some companies carry much less debt than others, allowing them to operate with more manageable overhead.

Who will recover first?

Ironically, those companies that recover first may well be those that best learned the hard lessons of the Great Recession – a memory extending back only 10 years.

For trucking companies, the next 12 months will require belt tightening and innovative thinking. Just like in the dot com collapse of the early 2000s and the more recent Great Recession.

A virus vaccine will be developed fairly quickly. This virus, at least, will be brought under control before too long. Meanwhile, today’s economic pain will reduce the trucking industry’s overcapacity problem.

In the next 12 months, the trucking industry will again find solid footing as the world economy recovers. But that won’t stop the next recession — or virus. And when those challenges rear their ugly heads again, business owners who haven’t learned from the past will once again be the first to pay the price. That’s the only guarantee in all of this.