The sharp increase of diesel prices has been a major stressor in America’s $800 billion trucking industry since the beginning of 2022. According to Department of Energy (DOE) figures, the price per gallon of diesel has reached record highs – a whopping $5.62 per gallon. It’s even higher on the East Coast at $5.90, up 63% from the beginning of this year.

When relief is coming isn’t yet clear, and experts say higher prices are the only way to attract more diesel into the Northeast.

“I wish I had some good news for the Northeast, but it’s bedlam,” said Tom Kloza, global head of energy analysis at OPIS.

Everyday Americans don’t fill up their cars with diesel, but the fuel powers our nation’s agriculture, industrial and transportation networks. More expensive diesel means the price of everything is liable to increase. Trucks, trains, barges and the like consumed about 122 million gallons of diesel per day in 2020.

Love’s and Pilot Flying J, two of the largest truck stops in the U.S., have reportedly warned truckers of an imminent fuel shortage. Patrick DeHaan, a vice president of communications at fuel price site GasBuddy, said retail truck stops are hauling fuel from the Great Lakes to the Northeast, calling it “extraordinary.”

There are numerous reasons for the breakdown. They include:

1. The East Coast has lost half of its refineries. 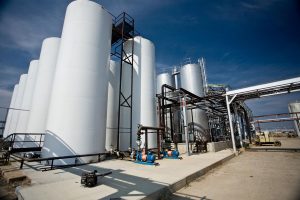 Northeast Diesel Shortage – The East Coast has lost half of its refineries. The closures have reduced the region’s oil processing capacity to just 818,000 barrels per day, down from 1.64 million barrels per day in 2009.

As Bloomberg’s Javier Blas wrote on May 4:

In the past 15 years, the number of refineries on the U.S. East Coast has halved to just seven. The closures have reduced the region’s oil processing capacity to just 818,000 barrels per day, down from 1.64 million barrels per day in 2009. Regional oil demand, however, is stronger.

Rory Johnston, a managing director at Toronto-based research firm Price Street and writer of the newsletter Commodity Context, told FreightWaves that refining is a “thankless industry,” with intense regulations that have limited the opening of new refineries. The Great Recession of 2008 led to several East Coast refineries shuttering, but there have been more recent shutdowns too. One major Philadelphia refinery shuttered in 2019 after a giant fire (and it already had declared bankruptcy), and another refinery in Newfoundland shut down in 2020.

2. It’s a financial risk to bring diesel to the Northeast.

The Northeast has increasingly relied on diesel from the Gulf region. Much of that diesel travels to the Northeast through the famous and much-adored Colonial Pipeline. You may remember the 5,500-mile pipeline from last year, when a ransomware attack shuttered it for nearly a week.

It takes 18 days for oil to travel on the Colonial Pipeline from its source in Houston, Texas to New York City or, more specifically, Linden, N.J., Kloza said.

That’s a long enough time to prioritize Colonial pipelines financially risky for traders —or, as Kloza said, “incredibly dangerous” — thanks to a concept called “backwardation.”

Backwardation refers to the market condition in which the spot price of a commodity like diesel is higher than its futures price. It’s only gotten stronger over time in the diesel market, Kloza said. So, a company could send off a shipment of diesel and find that it dropped by $1 per gallon in the time the diesel traveled from the Gulf Coast to New Jersey. That could mean hundreds of thousands or more in lost profits, so traders often avoid such a fate.

“We’re not in an era where there are any U.S. refiners or big U.S. oil companies who would ‘take one for the team’ and bring cargo in where it’s needed,” Kloza said.

The desperation is showing in New England and the mid-Atlantic regions. New England diesel retail prices are up 75% from the beginning of 2022, per DOE data. In the mid-Atlantic, diesel is up 67%. The spread between a gallon of diesel in the Gulf Coast and its New York harbor price is usually a few cents. Last week, that swung up to 66 cents.

But that uptick still isn’t justifying moving oil to the Northeast — particularly when traders can make so much more money selling diesel abroad.

3. Of course, we can blame COVID and the crisis in Ukraine. 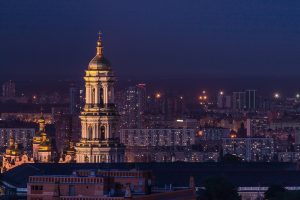 Northeast Diesel Shortage – The catalyst for this diesel shortage, of course, is the ongoing conflict in Ukraine — particularly Europe’s desperation for diesel after weaning off Russian molecules.

The catalyst for this diesel shortage, of course, is the ongoing conflict in Ukraine — particularly Europe’s desperation for diesel after weaning off Russian molecules.

As CNBC reported in March, Europe is a net importer of diesel. Europe consumed some 6.8 million barrels of diesel each day in 2019; Russia exported some 600,000 barrels per day of that. Today, Europe has only eliminated one-third of its Russian diesel, so prices are expected to continue to climb amid that transition. Latin America, too, has been clammoring for U.S. diesel.

The Gulf Coast has been happy to provide such diesel, amid “insane” prices for diesel abroad, said Johnston. Waterborne exports of diesel from the U.S. Gulf Coast hit record highs last month, according to oil analytics firm Vortexa. (The records only date back to 2016.)

Naturally, COVID is also to blame for the Northeast’s run on diesel. Those refineries still retained on the East Coast scaled back during the pandemic due to staffing issues. It takes six months to a year to reignite refineries that were previously shuttered, Kloza said.

The ‘everything shortage’ endures

It’s been a tale as old as, well, last year. An industry is quietly hampered by supply issues for years, or even decades, and COVID pulls back the curtains on its unsteady foundation. It’s particularly jarring for commodities we never thought about before, like shipping containers or pallets, but that quietly underpinned our livelihood all along.

Recall the Great Lumber Shortage of 2020? Big Lumber had unusually low stockpiles of wood by the summer of 2020, thanks to a vicious 2019 in the lumber industry shuttering sawmills and the spring of 2020 sparking staffing issues. (There was also a nasty beetle infestation.) Those in lumber expected the pandemic to slow the economy, not ignite online shopping, construction and housing mania. It meant lumber went from around $350 per thousand board feet pre-pandemic to a crushing $1,515 by the spring of 2021. The lumber price roller coaster persists today.

In diesel, there’s no beetle infestation, but there are plenty of other headaches. It all means higher fuel prices on the East Coast, particularly the Northeast, to lure molecules from the Gulf Coast. And, down the line, probably more expensive consumer products.

Contents hide
I Northeast diesel shortage underway
I.I 1. The East Coast has lost half of its refineries.
I.II 2. It’s a financial risk to bring diesel to the Northeast.
I.III 3. Of course, we can blame COVID and the crisis in Ukraine.
I.IV The ‘everything shortage’ endures
Tank Transport Trader