A widely anticipated report on the Compliance Safety and Accountability program (CSA) was released this summer by the National Academy of Sciences (NAS). This report was required by Congress as part of the FAST Act signed by President Obama in December 2015.

There had been growing evidence and criticism by carriers, shippers and brokers that CSA data, and specifically Safety Measurement System (SMS) BASIC percentiles, were misleading and inaccurate when applied to individual carriers.

As a result, Congress required the Federal Motor Carrier Safety Administration (FMCSA) to take down the BASIC percentiles from public view. They tasked the NAS with a full review of the SMS methodology. Here are some of the important conclusions in the report:

You will likely see many more articles in the near future regarding the analysis of this report. We will provide updates as new details emerge. 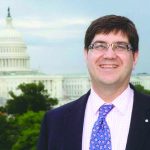 (Jason Craig is manager of government affairs for C.H. Robinson. He can be reached at 1-800-323-7598 or www.solutions@chrobinson.com. Based in Eden Prairie, Minn., C.H. Robinson is a leading third-party logistics provider offering freight transportation and logistics, outsource solutions, and information services.)