Morgan Truck Body, a manufacturer of light and medium-duty truck bodies, recently marked a milestone in its growth strategy, celebrating the grand opening of a 175,000-square-foot manufacturing facility in Plainfield, Conn.

The Nov. 14 opening followed the acquisition of Multivans in Bolton, Ontario, Canada.

The new Connecticut facility is capable of supporting production of more than 3,000 dry freight and refrigerated (reefer) truck bodies annually, and is expected to employ about 140 team members, the company said. 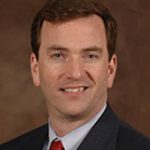 “Morgan continues to set revenue records, so the need to increase capacity, as well as locate production closer to our customers, is an important part of improving customer service,” said Norb Markert, president and chief operating officer of Morgan Truck Body. “We’re excited about the opportunity and the value this plant will offer our New England-area customers.”

The facility is Morgan’s 13th in the US and Canada, and there are plans to add a 14th in the Midwest in the near future, Morgan said.

The grand opening and ribbon-cutting was attended by John Poindexter, chairman of the board and chief executive of JB Poindexter and Co. Also attending were Morgan management personnel, including Markert, who led the ribbon-cutting ceremony, and state and local officials.

Proclamations issued for the opening included a certificate of accomplishment from the office of Sen. Christopher S. Murphy and an official statement by Connecticut Gov. Daniel P. Malloy. Also issued were an official proclamation from Board of Selectman members Cathy Tendrich and Virginia Sampietro, and an official citation by the Connecticut General Assembly in recognition of the grand opening.

Morgan Corporation has been the premier producer of truck and van bodies in North America for 65 years. Morgan specializes in the manufacture of Class 3 to Class 7 (GVW) box truck/straight truck bodies to serve the dry freight and refrigerated industries. Morgan produces truck bodies to accommodate cargo of every configuration — from parcel delivery to furniture movers and heavy-equipment hauling, insulated and refrigerated units, bottled gas transport, and flatbed/stake & platform bodies. In recent years, Morgan has also launched dump and service truck bodies geared towards the landscape and contractor industries.