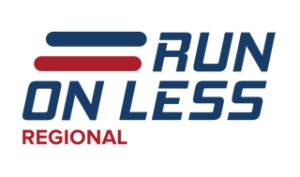 A major and largely unheralded movement toward regional haul routes is taking place in North American trucking, according to Mike Roeth, executive director of the North American Council for Freight Efficiency (NACFE).

To highlight this movement, and underscore the fact that these routes can be operated by tractor-trailers logging MPG numbers on par with long-haul fleets running advanced aerodynamic vehicles, NACFE has been preparing for its “Run on Less Regional’’ roadshow.

Beginning on Oct. 8, 10 regional haul fleets from around the country will begin running real-world, regional haul, freight routes to see how their equipment, drivers and operational models stack up against similar fleets – all with an eye toward boosting fuel economy and freight efficiency. “Run on Less Regional’’ will wrap up on the doorstep of the 2019 North American Commercial Vehicle Show in Atlanta, Ga., Oct. 28.

NACFE has announced the 10 fleets it has selected to participate in Run on Less Regional, as well as the home bases the trucks and driver will be operating from during the event. They are:

Regional Haul on the Move 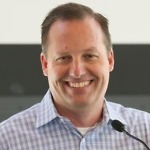 “Regional haul as a business model is kind of provocative now,” Roeth said. “I think there’s a real movement and change going on, and not everybody has noticed it yet. This move is being driven by e-commerce and a lot of new technologies coming together. And we think these 10 fleets that will be in “Run on Less Regional’’ really showcase all the different aspects of this application.”

“In some ways, it’s tougher than a long-haul route where you drive 300 or 500 miles, sleep and then do it all over again. There’s a lot of diversity in regional haul. You often have multiple drops and hook-ups. Geography is often a major operational factor. Some drivers go out and come home every night. Others stay out a night, come home for a night, and then repeat. So there’s a lot going on, depending on where a fleet is and what their operations require.”

Roeth said the fleets participating in “Run on Less Regional’’ run the gamut of common business models currently seen in regional haul. He pointed to Pepsi and UPS as examples of private retail or manufacturing fleets, while Southeastern Freight Lines, Hogan Transportation, Ploger Transportation and Hirschbach Transportation represent traditional regional haul fleets that have been doing this work for years.

“And then we have two newcomers to this with J.B. Hunt and Schneider,” Roeth said. “Some people look at our list and see those two and wonder what they’re doing on it. They’re on there because this is what we’re talking about — a movement to this new way of hauling freight. And both of these fleet divisions have grown significantly over the past year. So it will be interesting to see how they’re coming into this with fresh ideas.”

Like its predecessor, “Run on Less 2017,’’ “Run on Less Regional’’ will feature real-time monitoring of a number of factors, including miles traveled, fuel consumed, pickups and deliveries, elevation change, and vehicle speed. 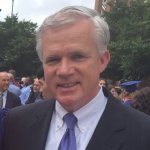 “With the growth of e-commerce, we are able to provide drivers with more opportunities to take on regional routes, which ultimately allows them to spend more time with their families,” said Craig Harper, executive vice president and chief operations officer at J.B. Hunt, in a press release. “With this program, we can learn how to make these routes more efficient and beneficial for our drivers, J.B. Hunt, and the customers we support.”

Shell is the title sponsor of the event. 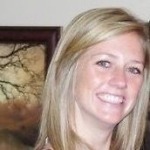 “Shell consistently works to raise awareness about the energy challenges facing society,’’ said Annie Peter, fleet sector marketing manager for Shell Lubricants. “Whether supporting increased fuel efficiency or the adoption of alternative fuels, initiatives such as “Run on Less Regional’’ are a great way to showcase the advances in technology that help deliver fuel economy gains.”

PepsiCo, Geotab, EPA SmartWay, LinkeDrive, and the Department of Energy’s National Renewable Energy Laboratory and Oak Ridge National Laboratory also have signed on as event sponsors. NACFE is in need of additional event sponsors for such items as the finale in Atlanta, various technology days, video storytelling during the Run, apparel and other items.

More details, such as introduction of the drivers, their exact routes, freight to be hauled, as well as details surrounding the Run’s technology days, will be announced in coming months.