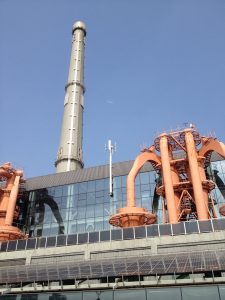 Remember all the media coverage just a few months ago about Chinese manufacturers poised to collapse due to lack of overseas buyers? It didn’t happen. Chinese factories are booming. Chinese goods are flooding into U.S. ports.

Ironically, the virus that started in China and caused severe economic damage to the U.S. has spurred an increase in American business purchases from China, to the benefit of Chinese manufacturers.

Trade talks between the two countries continue. Officials in late August held a six-month “checkup” on the Phase 1 trade deal. Both sides cited progress, yet China was more than 50 percent behind June purchase targets, according to the Peterson Institute.

There are some positive signs for exports. According to Argus Media, China began ramping up purchases of U.S. crude oil in May and imported over 800,000 barrels per day in July — a plus for tanker demand. China should also buy more U.S. grain in the second half.

But the real story is goods flowing in the other direction, from China to America.

“The U.S. import–export imbalance with China just got worse,” said Nerijus Poskus, head of Flexport Global’s ocean freight. “In July, U.S. containerized exports were 30 percent below their average in the past three years, while imports are surging.’’

The Caixin China General Manufacturing Purchasing Managers Index jumped sharply in July, to an all-time high. If U.S. Customs data is any indication, that record could be broken — maritime import filings are trending more than 20 percent higher this month than in July.

Countrywide, daily maritime import filings are now at multiyear highs, with imports from China on the verge of re-attaining the peak hit in late April, when shipments delayed by the initial Wuhan outbreak hit U.S. shores.

Filings from the coronavirus low point, March 1, through the latest available data, on Aug. 21, show how China has fueled U.S. import gains. Customs filings for Chinese goods were up 208 percent over this period, with total U.S. filings up 64 percent.

The customs data confirms that more Chinese goods are going to California than taking the long route via the Panama Canal to the East Coast.

It sounds like a broken record, but freight rates keep rising in the trans-Pacific market. The Freightos Baltic Daily Index assesses rates for 40-foot equivalent unit (FEU) containers on various routes. In late August, the rate from China to the West Coast was at $3,336 per FEU — 2.5 times pricing at the beginning of March.

The rate from China to the East Coast was $3,856 per FEU. The spread between the two routes had shrunk to $520 per FEU, underscoring shipper willingness to pay extra for shorter transit time.

The Shanghai Containerized Freight Index put rates even higher, at $3,440 per FEU to the West Coast and $3,953 per FEU to the East Coast for the week that ended Friday.

Carriers plan yet another General Rate Increase (GRI) for the trans-Pacific starting Sept. 1. If the latest GRI sticks, rates would go even higher still.

What’s driving this import demand just as the U.S. is in the midst of a pandemic-induced economic crunch?

“While this may seem counterintuitive in a pandemic, there are some factors that we believe are at play here,” he explained.

“First is a shift in consumption patterns away from services to physical goods, which would give rise to a need for stockpiling a large volume of goods different to what were previously sold. Second, restrictions of traveling and regular outings would potentially fund a higher spending on consumer products.

“Lastly, a change in working conditions necessitating a work-from-home approach has also driven consumer behavior towards purchases for furnishing home offices,” he noted.

In the U.S. market, these factors are driving importers to buy more from China, where they can source the highest volumes in the least amount of time.

U.S. demand for Chinese exports has escalated so much that it could soon come up against a practical ceiling, according to Poskus of Flexport. Too many containers are leaving China and not enough empties are coming back to be refilled. “Equipment availability is going to be a real issue,” he warned.