UPS is selling its UPS Freight less-than-truckload (LTL) division to TFI International Inc. for $800 million. The decision to sell UPS Freight aligns with the company’s “better not bigger” strategic positioning, according to a UPS announcement. 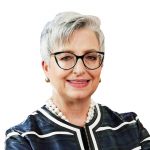 “We’re excited about the future and the opportunities this creates for both UPS and UPS Freight as part of TFI International Inc.,” said UPS Chief Executive Officer Carol Tomé. “The agreement allows UPS to be even more laser-focused on the core parts of our business that drive the greatest value for our customers.”

With an operating history of more than 85 years, Virginia-based UPS Freight is one of the largest LTL carriers in the U.S., offering a full range of regional and long-haul solutions and an on-time delivery guarantee for all LTL shipments. It was formed after UPS bought Overnite Transportation in 2005 to expand its ground freight services.

Calling it a “highly strategic transaction,” Alain Bédard, TCI chairman, president and chief executive, said it will “strengthen our service offerings to customers as well as our ongoing relationship with UPS.

“Our strategy of operating independent business units with a high degree of accountability is well-suited for building on UPS Freight’s strengths and improving margins over time,” he said.

The assets acquired include a network of 197 facilities (147 of which are owned). TCI said that combined with TFI’s Canadian LTL operations, it will create what it believes will be North America’s single most comprehensive LTL network.

UPS Freight generated about $3 billion in revenue in 2020 and was approximately break-even from an operating income perspective, according to TCI.

The transaction is expected to close during the second quarter.