The City of Orlando, Fla., will participate in a demonstration program of adsorbed natural gas (ANG) bi-fuel vehicle technology developed by Ingevity Corp. Orlando will add two ANG-equipped Ford F-150 pickup trucks to its fleet to assess data related to fuel savings and greenhouse gas (GHG) emissions reductions. ANG technology reduces the onboard storage pressure of natural gas, enabling a low-cost, natural-gas fueling solution for the light-duty segment, according to the city.

Bi-fuel ANG trucks can be fueled at public-access compressed natural gas (CNG) stations or at work through a small fueling compressor, reducing energy consumption by about 50 percent and reducing fueling time, analysts said. ANG vehicles emit 25-percent fewer GHG emissions than comparable gasoline and diesel vehicles and, when fueled with renewable natural gas, GHG emissions can be reduced by up to 125 percent, some studies show. 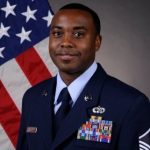 “The City of Orlando has converted hundreds of municipal fleet vehicles to alternative fuel sources since launching its Green Works Orlando initiative in 2007,” said Jonathan Ford, fleet manager for Orlando. “The city is already equipped with natural gas fueling stations and we have enjoyed the reduced emissions benefits and cost savings of natural gas with our CNG vehicles. We are excited to experience the fleet productivity and fueling convenience enabled by ANG technology.’’

Orlando has committed to running its fleet on 100-percent renewable resources by 2030. 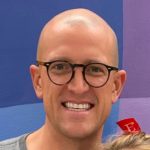 “Orlando is a leader in alternative fuel adoption,” said David Newton, vice president, corporate strategy, at Ingevity. “Through CNG, the city has already embraced natural gas vehicles and we expect they will further reduce energy consumption and fueling time with these ANG-equipped trucks. We look forward to their participation as we continue to validate the value of ANG.”

Since 2013, the turnkey ANG vehicle and fueling appliance solution has been adopted by SoCalGas in California, Atlanta Gas Light in Georgia, and Ozinga Energy in Illinois. ANG technology has also been EPA-certified on the Ford F-150 since 2018.