Applicants were predominantly one or two-truck entities, though there were some private fleets that applied for authority so they could conduct for-hire carriage, according to Avery Vise, FTR’s vice president in charge of trucking issues.

Vise said applicants were not new truck drivers, but company drivers who have gone out on their own or owner-operators who had been working under a lease arrangement with larger carriers but became fully independent – either voluntarily or after being cut loose – during 2020 when the COVID-19 pandemic shut down much of the nation’s economy. 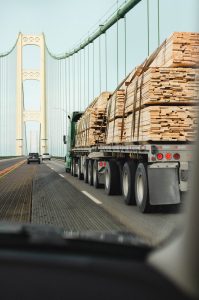 Trucking Applications May Set Record – Vise said applicants were not new drivers, but company drivers who have gone out on their own or owner-operators who had been working under a lease arrangement with larger carriers but became fully independent…

The battle in California over the legality of classifying drivers as independent contractors could have led to a break in carrier-contractor relationships that sent some drivers into business on their own if carriers were concerned about the legal outcome, Vise said. In addition, drivers have access to digital freight matching platforms that could create more opportunities as sole proprietors, he said.

Whatever the reasons for the surge, it is unlikely to represent new driver capacity entering the market, Vise said. One needle-moving factor would be how many of these new approvals are company drivers, he said. If a carrier hires a replacement for the departed driver, then that would technically entail an increase in capacity, he said.

The approval activity over the past 12 months dwarfs the prior high point in late 2017 and 2018, when applications flooded in after rates spiked in the wake of the federal government’s requirement that drivers install electronic logging devices. Vise said he sees no immediate let-up in application and approval activity, especially with the U.S. trucking market remaining as buoyant as it’s been in recent memory.

Truck utilization is at record highs, about 10-percent higher than the 10-year moving average, according to FTR data, which dates back to 2004. Truckload rates across the three main segments –flatbed, refrigerated and dry van – are at record highs, FTR said. Rates will level off somewhat in 2022, but remain historically elevated, FTR said.

“here’s not a whole lot of relief’’ ahead for truckload rates, Vise said.

For shippers and carriers, the trend presents a productivity challenge should these once-leased or company drivers disappear from core carrier lists and from routing guides, Vise said. In the long run, the nation’s truck system could become more efficient and responsive as newly-minted owner-drivers seek out markets where loads are available but capacity isn’t. That scenario is fairly far out in the future, Vise acknowledged. For the next 12 months or so, disruption and productivity issues would be the most likely outcome of the new approval activity, he said. 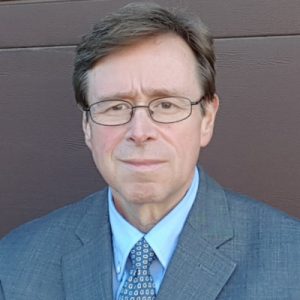 Trucking Applications May Set Record – For the next 12 months or so, disruption and productivity issues would be the most likely outcome of the new approval activity, Avery Vise, FTR’s VP said.

Vise said that the popular notion of a driver shortage is simplistic and misguided. A shortage only exists in that carrier executives are unwilling to pay the level of wages that might attract more drivers, but would also add capacity and potentially compress carrier margins, he said. While shippers may feel the pain of an unmoved load, carriers may think the status quo is just fine.

“If freight is getting hauled, then there’s no (driver) shortage,’’ he said.

At the same time, though, carriers don’t want to get too complacent if they want to maintain customers who might be looking elsewhere for more predictable and affordable service, he Vise added.