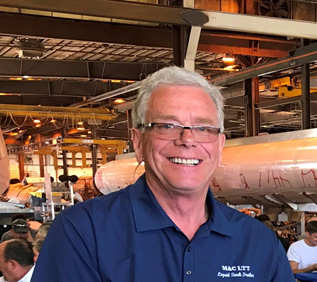 Shannon received his bachelor’s degree in mechanical engineering technology from Montana State University in 1974 and was commissioned a 2nd lieutenant through the Army ROTC program.

After completing active duty at the rank of captain, he returned to Montana and started his career in the tank-trailer industry in 1979 as engineering manager for Beall Inc. in Billings. In 1985 he became general manager of Beall, with branch operations in Dickinson, N.D., Phoenix, Ariz., and Denver, Colo.

In 2013 the Billings plant was stripped of its assets when Beall Corp. was sold. MAC LTT immediately acquired the facility and began to rebuild it.

“Dave takes the most pride in being part of the team that took the Billings plant from the dark days of the sale and closure to rebirth with the dedicated crew of skilled workers who continue to build today,’’ the company said in a press release.

Further information is available at www.macltt.com.