In its June 2 rule-making (49 CFR 172.604), PHMSA prohibited the use of an alphanumeric emergency response phone number (e.g., 1-800-HAZMAT) to save time during emergency response situations. Every second counts in a hazmat incident. If individuals must spend crucial seconds converting letters to numbers before calling in an emergency, it could cost lives and exacerbate the damage done.

After the rule-making, some hazmat carriers requested additional time to convert their electronic systems to comply with the new requirements, which PHMSA intended to grant. PHMSA now says that carriers have had sufficient time to come into compliance, as shown by recent feedback from carriers, and PHMSA will not extend the effective date at this time. 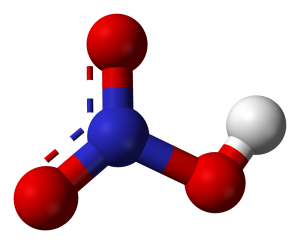 In response to carrier concerns regarding fires in transport involving nitric acid packaged in glass inner containers, Section 173.158 of the hazmat regulations now requires intermediate packaging for glass inner packaging containing nitric acid in concentrations of less than 90 percent. Initially, this requirement was set to take effect on June 5, 2016.

In addition to the two issues above, PHMSA also corrected other sections amended by the June 2 rule-making. These include:

– Correcting the table of compliance dates at 49 CFR 180.407 for testing and inspection of DOT specification Cargo Tank Motor Vehicles (CTMVs).