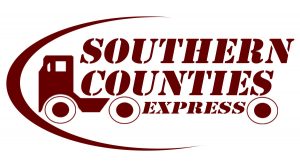 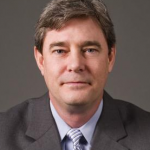 “For three generations, Southern Counties built a successful reputation servicing the ports of Los Angeles and Long Beach, and we look to continue that long tradition,” said Jeff Rogers, Universal’s chief executive. “The addition of Southern Counties gives Universal a meaningful footprint in Southern California and a solid platform for further expansion in this key transportation market.”

The agreement calls for Warren, Mich.-based Universal Logistics to operate Southern Counties as part of Universal’s intermodal division, which in its second-quarter financial report made public Aug. 9 showed a nearly 42-percent revenue increase in 2018 compared with the same period in 2017.

On an earnings call with reporters and financial analysts, Universal Logistics pointed to the 12-percent increase in loads and a 27.4-percent jump in revenue per load as key reasons why it is doing well financially.

“Our intermodal team continues to outdo itself. It delivered another record quarter on the top line and best-ever operating income,” Rogers said. “Pricing continues to strengthen in the drayage space. We believe that providing drayage capacity is the best part of the intermodal play for growth and profitability. And that’s exactly what we do, which gives us great confidence in our future performance.”

While Universal Logistics is highlighting the port activities as the major factor for the purchase, Southern Counties does operate a truckload division and says it has relationships with 175 owner-operators.

This is the second acquisition by Universal this year. In February, it purchased Fore Transportation Inc. for $34.9 million. Based in Harvey, Ill., south of Chicago, Fore provides intermodal logistics solutions as well as local and regional drayage services. Included in the purchase was a 28-acre facility next to a major interstate and adjacent to a Canadian National Railroad intermodal terminal.