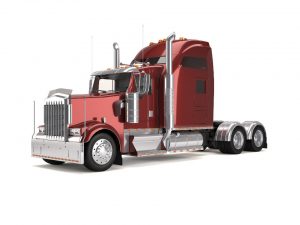 Despite the plunge in new-truck orders during the spring COVID-19 pandemic shutdowns, orders of Class 5 through 8 trucks closed out 2020 in near-record territory, according to industry analysts FTR and ACT Research.

Preliminary North American Class 8 order numbers show December at around 51,000 to 52,000 — down from November, but still at “an extremely high number.’’ Although their numbers differ slightly, both firms said it was the fourth-highest month on record:

“The Class 8 market ended the most challenging year with a bang,” said Don Ake, vice president of commercial vehicles for FTR. “To get two back-to-back order months over 50,000 is a stellar accomplishment, after previously seeing orders crater to under 5,000 units in April. This year has the potential to be an incredible recovery year.”

Kenny Vieth, ACT president, said: “The pandemic-impacted economy continues to play into the hands of trucking, as consumers continue to substitute spending on services with spending on goods, even as the manufacturing sector begins to ramp. Simultaneously, the driver supply remains constrained, and that supply-demand imbalance is reflected in rate data. With strong freight volumes, drivers in short supply, rates surging and carrier profits certain to follow, the precise recipe for surging new vehicle demand, which continued in December, is created.”

Class 5-7 demand, with orders at 35,100 units, rose 28 percent from November 2020 and 73 percent compared to December 2019, according to ACT. That order volume represents a second-best-ever volume.

“There is a symbiotic relationship between heavy-duty freight rates and medium-duty demand,” Vieth said. “Clearly, the shift in consumer spending from experiences to goods has been good for the providers of local trucking services as e-commerce has grown by leaps and bounds during the pandemic.”

Things look good as we head into 2021, both firms said.

“As the economy continues to improve, fleets are showing increasing confidence about business conditions in 2021,” said FTR’s Ake. “Profits are more than sufficient to replace used trucks and freight growth is stimulating expansion demand. Put those dynamics together, and the industry is headed toward a robust year.’’

The second stimulus will pump more money into the economy and accelerate the recovery, according to Ake.

“The vaccine is expected to get more people back to work and provide an economic boost,’’ said. “And the fleets are responding to this wave of good news by ordering trucks in near-record numbers. After being slowed significantly by the pandemic, the Class 8 market is roaring ahead at a rapid rate.”