PPP Money Likely To Be Extended 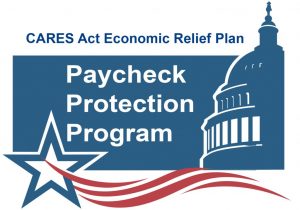 PPP Money Likely To Be Extended

A two-month extension of the Paycheck Protection Program (PPP) was expected to be approved by President Biden following a Senate vote in late March.

The 2021 version of the PPP originally was scheduled to end April 1. Under the new legislation, it would be extended to May 31, with an additional 30 days tacked on for processing by the Small Business Administration (SBA).

That additional 30 days for SBA processing is a change from prior programs, in which the SBA deadline was the same as the filing deadline. But a backlog of loans spurred the additional grace period for the agency.

So far, loans authorized under the PPP total about $734 billion. Total authorization for the program is about $806 billion. If the weekly disbursements continue to run on either side of $15 billion, the $806 billion would be exhausted before May 31.

The vote and the presumed extension — the White House said Biden would sign the legislation – comes as the transportation and warehousing sector is taking a larger share of the total disbursements from the PPP program. A requirement that a recipient be able to show a 25-percent year-over-year slowdown in any quarter left some financial experts skeptical whether companies in the red-hot freight market would qualify.

But the data is showing that the sector is taking advantage of the PPP at a quickening pace. In the 2021 window for lending, the share of loans to the transportation and warehousing sector as a percentage of all the loans disbursed has risen steadily. It had averaged near 3.3 percent in the two lending windows in 2020, and it started the current program at a little more than 3 percent.

But since then, the share of all loans going to the transportation and warehousing sector has been rising, hitting 3.91 percent in the week March 29. The rising share for the sector is occurring even as the total amount of money being loaned through the PPP is continuing to increase at a steady clip. After the first rush of lending, weekly increases for total lending have consistently ranged from $14 billion to $16 billion, with a one-off drop to $8.6 billion a few weeks ago.

The total dollars sent to transportation and warehousing companies topped $1 billion in late March, only the third time in the 2021 lending window that figure was exceeded. The other two times were the first two weeks of the program back in January.

Loan size in the transportation and warehousing sector has shrunk, as has the average size of all loans. Loans disbursed in the first week to the transport and warehouse sector averaged just under $80,000 per loan. The latest figure is about $33,500.

The $806 billion authorized for PPP comes after numerous additions to the original allotment for the program, launched a year ago as part of the first CARES Act that was passed by Congress as one of its first actions in response to the start of the pandemic.