Rush announced it has acquired 16 locations from Summit Truck Group, one of the largest International brand commercial vehicle dealership groups in the United States.

The acquisition, the largest in the company’s history, expands the network of Rush Truck Centers to 125 franchised dealership locations in 22 states. The 16 newly acquired International dealerships include five locations in Arkansas, three locations in Kansas, seven locations in Missouri and one location in Tennessee. 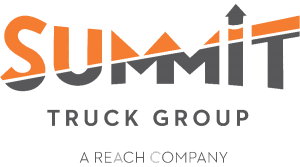 Rush Acquires Summit Truck Group – The acquisition, the largest in the company’s history, expands the network of Rush Truck Centers to 125 franchised dealership locations in 22 states.

The company also acquired Summit Truck Group’s dealership facility in Wichita Falls, Texas, which it will operate as a full-service Peterbilt dealership.

“This acquisition will strengthen our dealership network in several of the most important trucking markets in the United States,” said W.M. “Rusty” Rush, chairman and chief executive of Rush Enterprises. “I have tremendous respect for the excellent customer service reputation that the employees of Summit Truck Group have built over the years, and we are excited to welcome many of them into the Rush Enterprises family.”